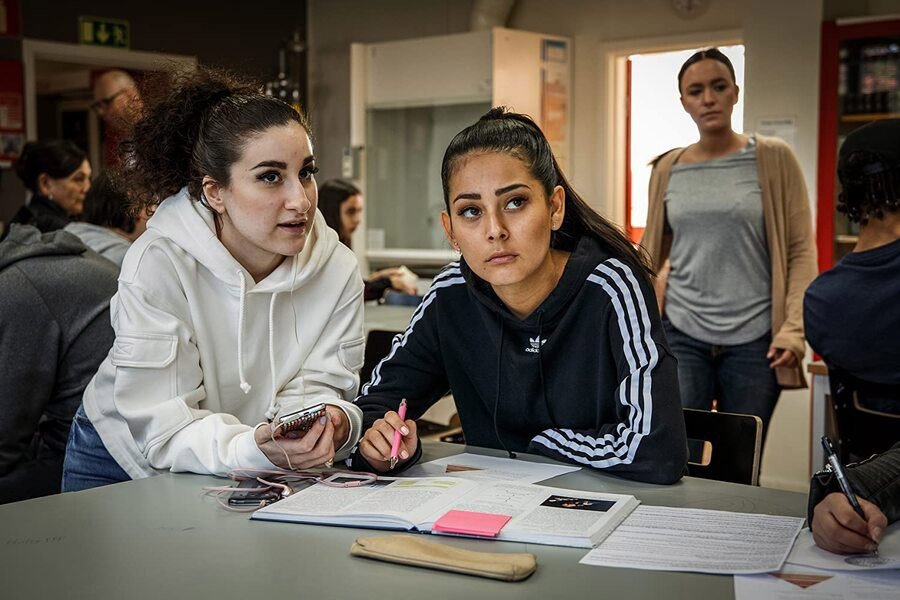 Caliphate is one of Netflix’s vainest attempts to expand its boundaries by transporting the viewer to a context they might not be overly familiar with, perhaps not as much in the plot but the actual location of the series, Sweden.

The story is based on the real-life case of the Bethnal Green trio, in which three teenage girls from London met jihad recruiters at their high school in February 2015.

While many of us might know about youth radicalisation in the UK, France or in Germany, little is actually known about the phenomenon in other countries, including Sweden.

The plot explores and revolves around delicate themes such as Islamic extremism, terrorism, tensions within the Swedish immigrant community and women’s rights.

Caliphate depicts the stories of many multi-faceted characters, such as Fatima, a Security Service agent of Bosnian origins, Pervin, a Swedish woman lured into Syria, and, perhaps most importantly Sulle, a naïve teenager who falls prey to an ISIS recruiter.

The fact that the main protagonists of the series are women is not casual. The story focuses on the drama experienced by Muslim women involved in ISIS’ strategy of terror, their submission to physical and, to an even larger extent, psychological violence, where gender equality in a progressive country such as Sweden clashes with the face of the irrationality of fundamentalism.

Caliphate, however, is not the usual crime series based on an imminent attack, but rather an in-depth look into the minds of the people involved in terrorism, both the victims and the perpetrators.

Muslim women living in Western countries often find themselves disillusioned with the life they are living. In this series this feeling comes out as a main leit motif and is superbly represented by Sulle’s determination to express her identity and regain her intellectual freedom.

But it’s not just Sulle, many of the teenagers in the story who are close to her are made to feel marginalised, discriminated against and even ridiculed. Hatred is their only weapon, a weapon that ends up being extremely dangerous, both for them and for everyone around them.

Coronavirus: Church of Greece calls on Cypriot counterpart to rein in Morphou bishop