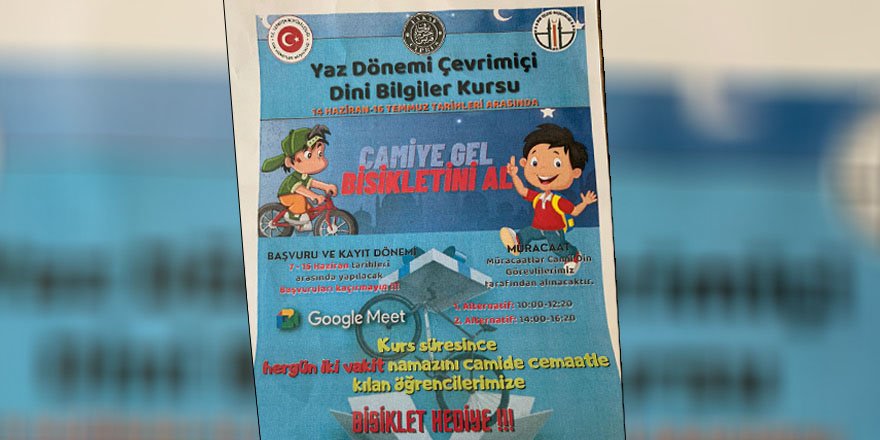 Children in the north are being enticed to pray at the mosque twice a day as part of a religious summer school with the promise of a free bicycle, it emerged on Friday.

Turkish Cypriot daily Yeniduzen reported that the offer was part of a summer online religious studies course organised by Turkey’s embassy in the north, the endowment foundation Evkaf and the religious affairs department.

The course promises bicycles to the children who will pray two times a day in the mosque for the duration.

The brochure, a photo of which was published in Yeniduzen says: “Come to the mosque, get your bicycle.”

The programme will run between June 14 and July 15 and children are offered the option of morning or afternoon courses.