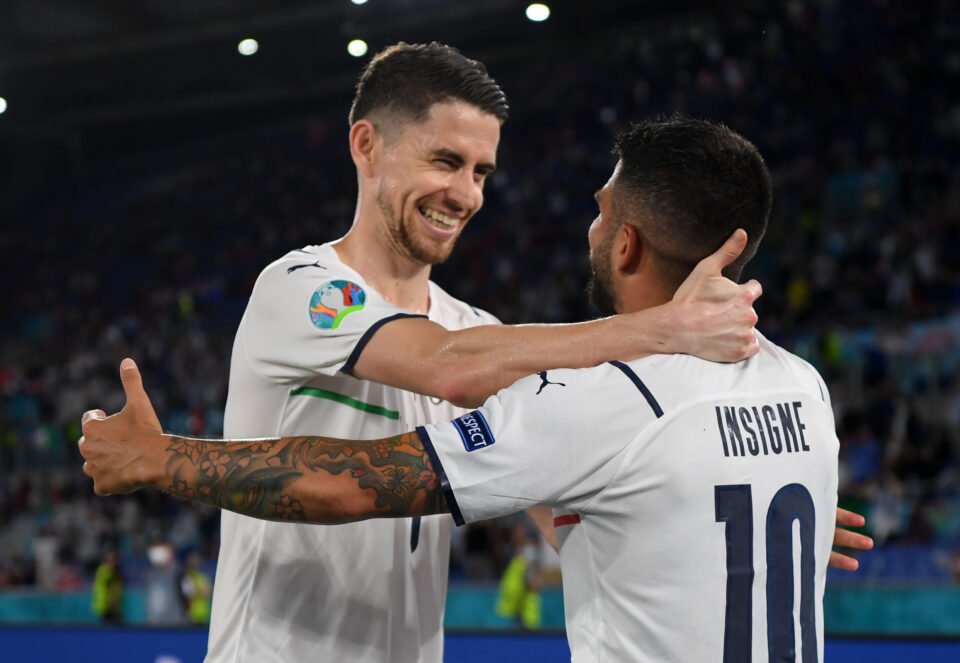 Italy kicked off the European Championship with a convincing 3-0 victory over Turkey in Group A at the Olympic Stadium on Friday with Ciro Immobile and Lorenzo Insigne on target.

Roberto Mancini’s side had been frustrated by Turkey’s defensive approach in the first half but broke through in the 53rd minute when a hard-hit cross from Domenico Berardi flew in off Turkey defender Merih Demiral for an own goal.

The Azzurri, now unbeaten in 28 matches, doubled their lead in the 66th when Leonardo Spinazzola’s drive was parried by Turkey goalkeeper Ugurcan Cakir but Immobile reacted well to slot home the loose ball.

Insigne made it 3-0 in the 79th minute with a confident, curling finish after some sloppy defending from the disappointing Turks.

Switzerland and Wales face each in the group’s second game in Baku on Saturday.

The  soccer championship finally got underway after a year-long delay with a colourful fireworks show and choreography featuring balloons representing the 24 teams in Rome’s sparsely populated Stadio Olimpico.

Only some 16,000 fans were admitted for the opening match, around 25% of capacity, after authorities kept a firm cap on attendance at the tournament due to COVID-19 concerns.

Trying to pump up excitement, which has been largely missing in Rome in the run up to the kick-off, Italian soccer greats and 2006 World Cup winners Francesco Totti and Alessandro Nesta welcomed fans at the opening ceremony.

Tenor Andrea Bocelli sang Nessun Dorma, U2 band stars Bono and The Edge performed with DJ Martin Garrix via a video link, while fireworks flared from the roof of the stadium and the pitch, leaving a trail of coloured smoke through the arena.

Although few in number, supporters cheered their return to the stands after a year when most games were played before empty terraces to prevent the spread of coronavirus.

“We bought the tickets more than two years ago, and finally we are here”, said Mattia Valentini, 27, holding an Italian flag with his cousin Edoardo Valentini, 23, outside the stadium.

Fellow Italy fan Vito, 34, came from the southern region of Puglia with six friends. The match is part of his bachelor party and they all donned an Azzurri shirt saying “Vito is getting married”.

“The situation in the world is getting better, we are really happy and we are looking forward to a match with people and not in an empty stadium,” said Turkey supporter Harun Kalkat.

To accommodate supporters outside the stadium, organisers have set up a soccer village at the central Piazza del Popolo, which can hold a maximum of 1,680 fans.