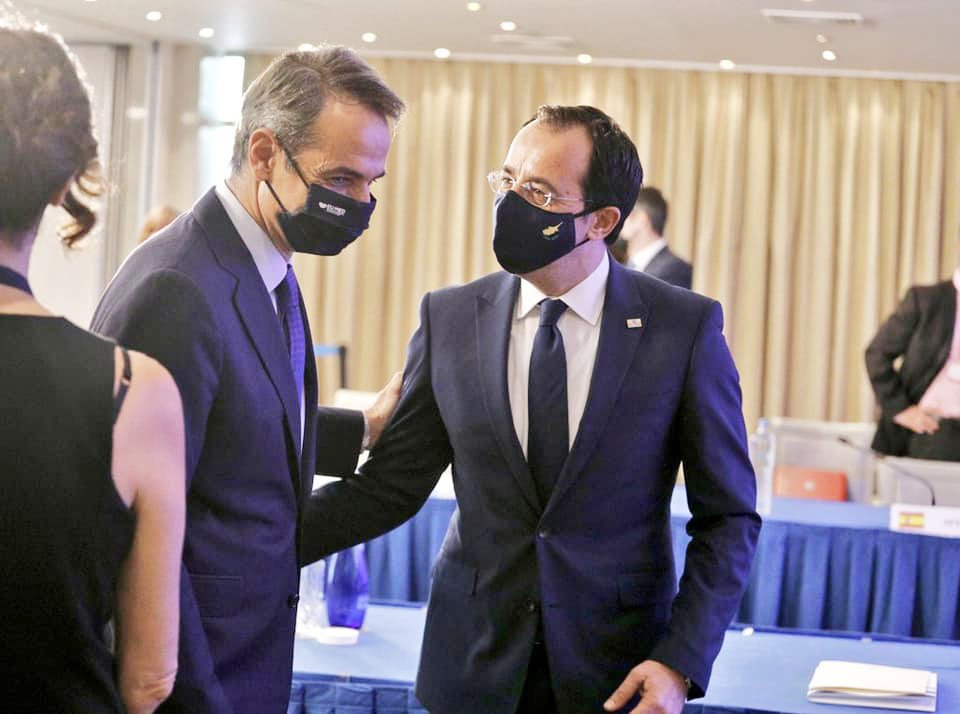 Turkey`s aggressive rhetoric undermines stability and cooperation in the Eastern Mediterranean, Foreign Minister Nikos Christodoulides said on Friday after the conclusion of the Ministerial Summit of the EU`s Mediterranean countries (MED 7), in Athens.

“Unfortunately, we have witnessed aggressive rhetoric from Turkey against an EU member state –especially recently– with threats to resume illegal actions within the EEZ of Cyprus and the creation of new, unacceptable faits accomplis within the enclosed area of Famagusta,” Christodoulides said.

According to the minister, these actions “undermine stability and cooperation in the region” and aim “to impose by force a form of solution to the Cyprus problem that not only deviates from the agreed framework and the European principles and values […] but is also in complete contradiction with the wishes of the majority of the Cypriot people, Greek Cypriots and Turkish Cypriots”.

Christodoulides expressed the hope that during the forthcoming European Council, which will examine the aforementioned issues as part of the discussion on the future of EU-Turkey relations, results will emerge that “will strengthen the EU`s credibility, will demonstrate its desire to play a more determined geopolitical role and will send the message that the EU`s fundamental principle of solidarity between the member states is not empty”.

He reiterated Cyprus’ commitment in promoting stability, peace, and prosperity in the Eastern Mediterranean, by expanding the network of regional cooperation with like-minded states in the region. As he said, this position is based “on a positive and inclusive approach, with the sole precondition of respect for international law and the principles of good neighbouring relations”.

Referring to the summit itself, Christodoulides said the pandemic posed challenges that further highlighted the need for European coordination.

He also spoke about migration, as a central topic discussed in the summit, noting that all parties agree “that in order to effectively address the disproportionately large migratory flows faced by the Mediterranean member states of the European Union, it must be ensured that the New Pact on Migration and Asylum will be balanced between the principles of responsibility and solidarity”.

On his part, Greek Prime Minister Kyriakos Mitsotakis addressing the Summit, reiterated Greece’s strong commitment to the solution of the Cyprus problem on the basis of bizonal bicommunal federation, in accordance with the UN Security Council’s relevant resolutions and the European acquis. As he said, there can be no discussion for a two-state solution in Cyprus. “A discussion of a two-state solution cannot be held under any circumstances, not only by Cyprus or Greece as a guarantor power but also by any EU member state, because it violates the European acquis”, he said.

Referring to his forthcoming meeting with Turkey’s President Recep Tayyip Erdogan at the NATO Summit on Monday, Mitsotakis stressed that Greece remains open to the positive agenda “in a gradual, proportional and reversible manner, to use the phrases that were included in the text of the Council Conclusions in March.”