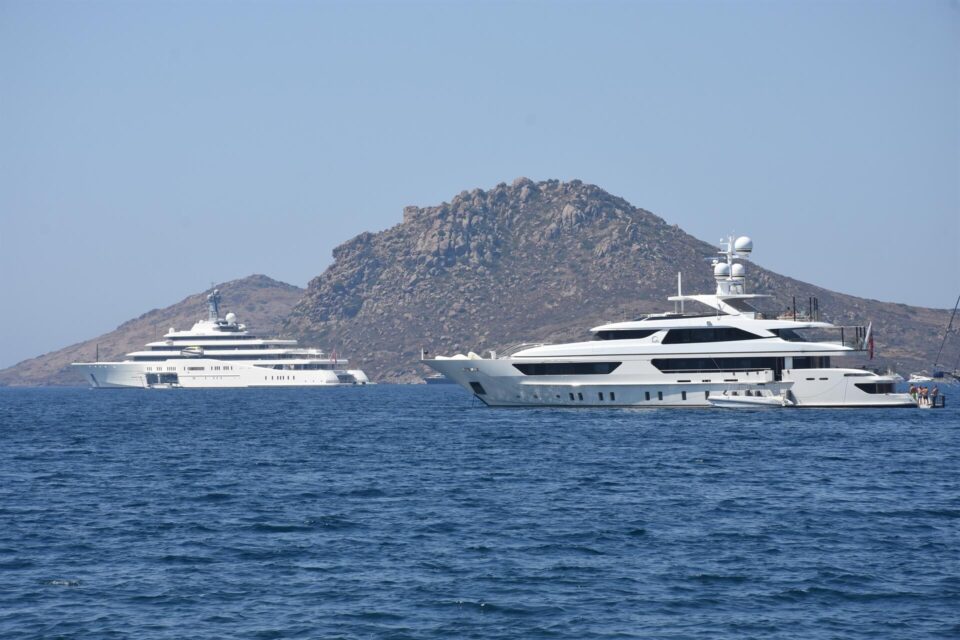 Turkish sector representatives said there has been a growing interest in boat tours while the country’s yacht industry has seen a surge in sales and production during the Covid-19 pandemic.

But he said the yearly production has doubled due to the continuation of the pandemic, and the zone now aims to produce 49 yachts with a total value of 150 million dollars in 2021.

“By the end of this year, the total number of yachts produced will reach 528, and the total revenue will rise to $1.4 billion,” Gurses was quoted as saying by the Milliyet daily.

The country’s marine importers and yacht manufacturers have recently come together with their potential consumers in a boat show in Istanbul.

“In all over the world, people with a certain amount of savings want to set sails into the sea from land and buy boats,” Yavuz Sipahi, manager of Burla Machine, told Xinhua at the CNR Eurasia Boat Show On The Sea.

Sipahi noted that his company has been trying to meet the need with the products in its stock or through its partnerships abroad.

“We are having a good season,” he added, highlighting the importance of the fair held under the Covid-19 related measures.

“These fairs are places where people and sea lovers meet,” Sipahi said. “We are happy to meet with our customers face to face.”

Safter Marine, a diversified boat building company, took its place at the fair with a series of models “suitable to every budget and need.”

Mehmet Pamuk, sales manager of the company, said people tried to avoid crowded locations and hotels during their holidays amid the pandemic.

“There is a lot of interest,” he told Xinhua, standing in front of the smallest boat of the fair, which is 2.6 meters in length and 1 meter in width, with a price of approximately $800.

“It is very affordable and mostly used in coastal fishing, in stagnant waters, or rivers,” Pamuk said, noting that the most expensive boat of the company goes up to $40,500.

In Pamuk’s view, people do not hesitate to spend money on boats and yachts, in which they can be alone without worrying about the pandemic.

According to Murat Saral, the owner of Venna Yacht, this interest will continue to expand during the coming five to six years.

His company has been developing new models, with prices varying between $5,500 and $73,000, to deal with the growing demand.

The boat show was previously scheduled between June 1-6. However, it was extended until June 7, when the interest became higher than expected.

Meanwhile, the interest in renting tour boats for the summer vacation this year increased by 280 per cent among Turkish travelers, press reports recently revealed.

Baran Yildirim, CEO of viravira.co, a company that provides private yacht charters, bareboat rentals, and gulet holidays in almost a thousand destinations, said their reservations for June, July, and August were almost full.