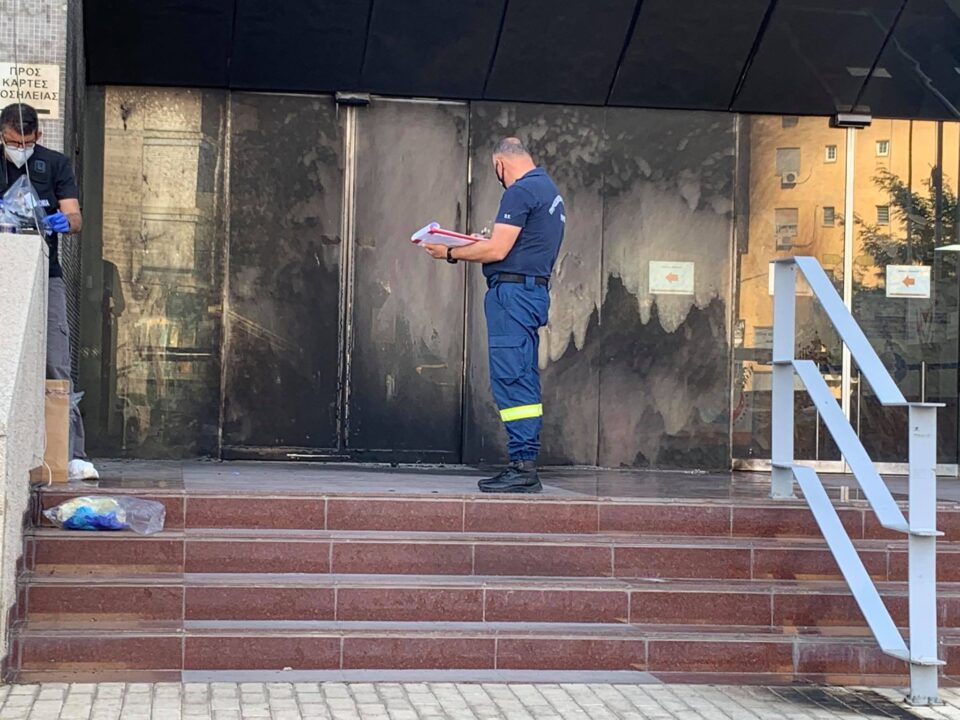 Officer at the scene of the explosion on May 26

Police said Monday they arrested a 31-year-old man in connection with an explosion at the entrance of the health ministry in May.

A police spokesperson said the man was arrested on Monday but could not provide any other information.

The explosion late on May 25 damaged the entrance of the building. It was caused by an improvised explosive device involving a camping gas canister

Footage from security cameras in the area showed a hooded individual approaching the building on foot and placing something at the entrance before fleeing.

A similar attack had taken place in February at the Latsia health centre, which was being used for Covid vaccinations.

The blast, caused by a camping gas canister, damaged the building.