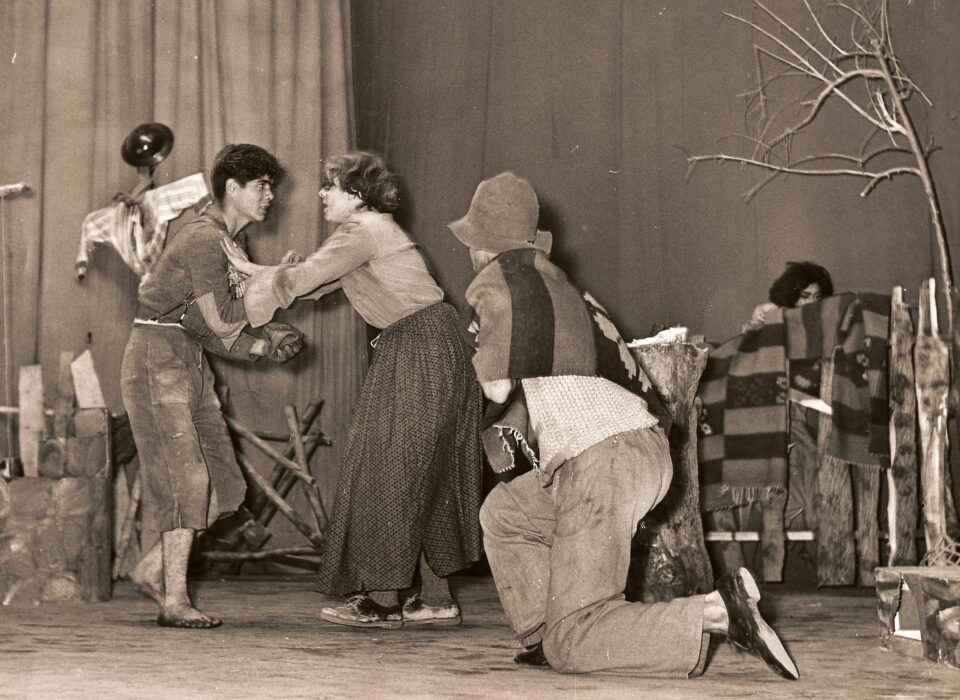 “Brave women at the helm: female directors in the Cypriot theatre”

The significance of the stage director’s task gains recognition from as early as the first days of professional theatre in Cyprus, around 1940, and goes on to become a distinct profession in its own right around 1960. These two historical landmarks correspond, respectively, to the names of Marika Vaza, in the 1930s and 1940s, and, subsequently, Monika Vasileiou. In 1961, Vasileiou directs for OTHAC (Cyprus Theatre Development Association), while setting up her own actors’ company in Limassol and working until well into the first decade of 2000. On the footsteps of Vaza and Vasileiou, Svetlana Charalambous directs from the late 1970s until the early 1990s. In the interim, during the 1980s, actress Despina Bebedeli is initiated into theatre directing. Female directors Maria Mannaridou-Karsera and Alexia Papalazarou make their appearance in the 1990s, anticipating an explosion of female voices in stage directing in the 2000s, led by Lea Maleni and a host of dynamic female directors who go on to claim an equal share in shaping the island’s theatrical map.

Short resumé of the speaker:

Dr Andri H. Constantinou is Theatre Historian and Associate Professor at the Department of Education of Frederick University, Nicosia. She holds a BA in Theatre Studies from the University of Athens’ Department of Theatre Studies, and a PhD in Theatre Studies from Aristotle University, Salonika. She has taught drama/theatre courses at the University of Cyprus, worked as Dramaturg for THOC (Cyprus Theatre Organisation), collected the material and compiled the text for the permanent exhibition of the Cyprus Theatre Museum (est. 2012), and went on to edit the publication Cyprus Theatre Museum: Exhibition Catalogue (2016). She worked as assistant director for Lefteris Vogiadjis and Evis Gavrielides and directed plays and stage readings. She also planned and facilitated drama workshops for children and adults, taught theatre/drama across all levels of education in Greece and Cyprus, and directed school performances. Her research interests and publications focus mostly on theatre in modern Cyprus (history and dramaturgy). Her book Theatre in Cyprus. Theatre Companies, State Policy and the First Years of the Cyprus Theatre Organisation (Kastaniotis, Athens 2007) was presented with a State Award.

The “Let’s Talk History” online series is scientifically validated and at the same time friendly to the listener. Invited to the series are acclaimed scholars, discussing a host of Cyprological topics related to the Museums, Collections, Exhibitions and Actions of the Cultural Foundation, but also to any given period of Cypriot history, archaeology, art history and literature.

The Bank of Cyprus Cultural Foundation

Leptos Santorini Villas: located on the jewel of the Aegean Sea