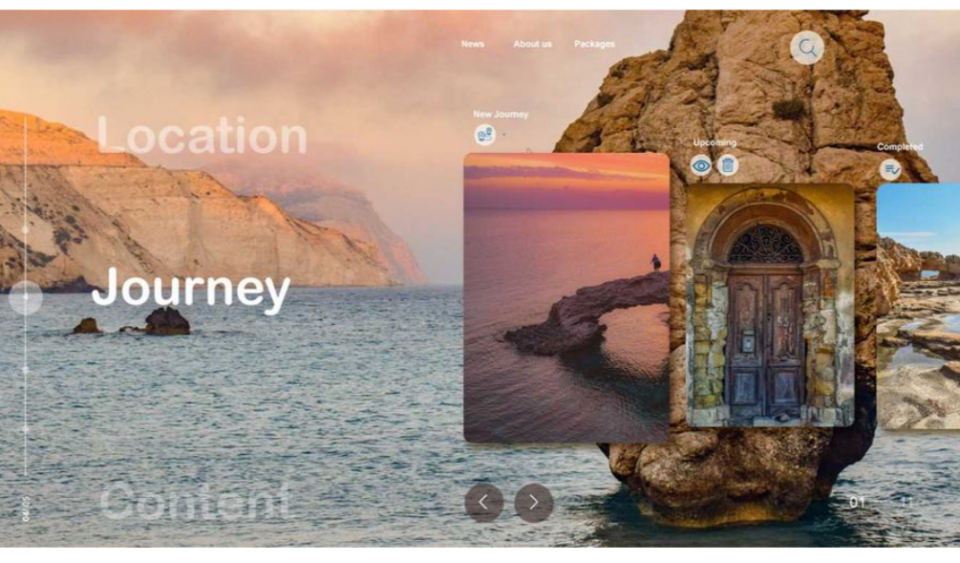 Want to sample Cyprus’ wares before you arrive? Or maybe you want a bespoke record of your holiday here.

A new app, EnterCy, promises to offer both of the above and more.

A test version of a new virtual platform and mobile app to promote Cyprus as a premium destination and attract new forms of tourism is due to be released later this month.

EnterCY promises to immerse the visitor in the Cyprus experience and has a budget of €1.2 million.

Users will be able to access both the virtual reality (VR) web platform and download the augmented reality (AR) smartphone apps (both for Android and iOS) from various stores.

“The main goal of the EnterCY project is the development of a platform and a mobile app that will promote Cyprus as a premium tourism destination by enhancing the visitor’s experience, before, during and after their visit, through cutting-edge ICT,” said one of the project’s coordinators, Dr Andreas Constantinides, associate professor in the electrical engineering department at Frederick University.

These ‘personalised’ journeys will include recommendations for archaeological sites, venues, and services. The app will provide descriptive information about the history of Cyprus through narrations and audio guides.

Once launched, it will work by users able to visit the VR platform and registering, each user then sets up a profile and is then able to explore Cyprus ‘virtually’. Users can also install the new app, plan a journey, receive personal recommendations, enjoy AR content and collect a personalised 360 video.

The first part of the project, the virtual reality platform and the augmented reality smartphone app, will see a first version released this month.

Constantinides is working alongside Harris Papadopoulos, a leader for the AR application, the indoor localisation algorithm and the machine learning/recommendation system.

“It will enhance the tourists’ experience by providing visual and audio guidance and navigation, as well as entertainment and learning by story-telling through augmented reality (AR) with location-awareness during a visit to both indoor and outdoor sites,” Constantinides said.

He believes such projects are important for the tourism industry because Cyprus must embrace new and evolving forms of tourism.

The focus must be on qualitative tourism, rather than numbers, and consequently sustainable tourism.

“This exactly what the vision of this project is about,” he said.

Cyprus is a small island allowing island-wide excursions all in a day, with minimal travel and the multi-millennium history of the island can be seen in a diverse number of monuments scattered in all areas of the island, he pointed out.

“However, this is not promoted enough by the government, which still mainly focuses more on ‘sun and sea’ tourism and additionally public transport is under-developed, offering minimal routes and timetables, thus making travel around the island a difficult endeavour,” Constantinides added.

EnterCY, will promote Cyprus’s rich cultural heritage and archaeological sites, attract more visitors and so create a significant demand for travelling around the island to visit cultural monuments.

“We are already looking forward to receiving feedback from users and we feel confident that users and visitors will embrace the platform and the app,” Constantinides said.