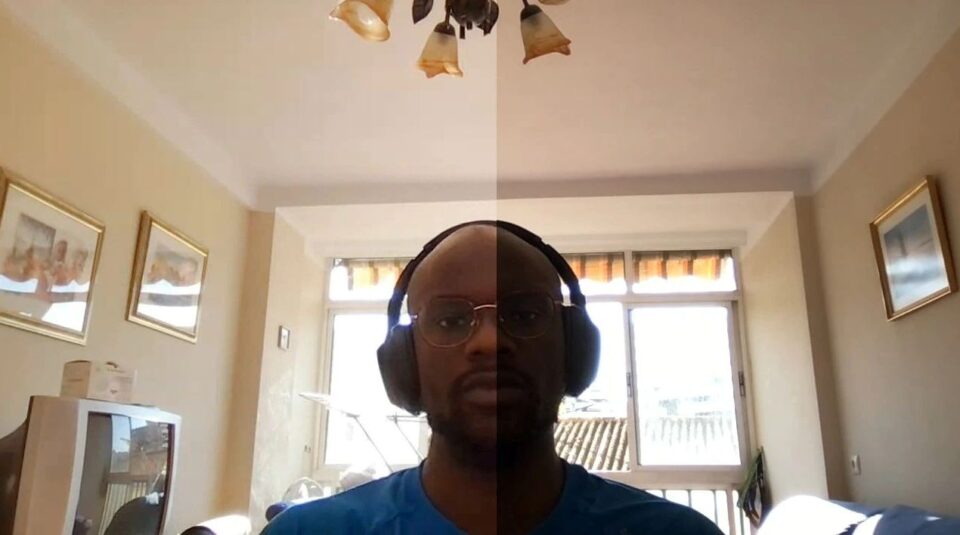 Video conferencing services have for years boasted that their technology is “intuitive” to use or “integrated” to function with other tools, but now vendors such as Google and Cisco can hardly go a blog post without trumpeting a different attribute: “inclusive.”

The latest buzzword, and the product development that accompanies it, shows how tech companies are newly focused on assuring Black users and other persons of color that online chat products will not leave them out in the cold. The changes stem in part from the rise of the Black Lives Matter movement – which has prompted vendors and customers alike to think beyond the needs of a white, English-speaking audience – and the pandemic, which created a large “remote” workforce heavily dependent on technology.

Cisco Systems Inc in January launched a gesture-recognition feature to display a thumbs-up in Webex, taking pains to assure that skin tones would not affect performance. LogMeIn Inc’s GoToMeeting, Microsoft Corp’s Teams and Facebook Inc’s Workplace are adding translation or pronunciation options in what they describe as an equity push. “Technology is fundamentally today just not as inclusive as you want it to be,” said Jeetu Patel, senior vice president and general manager for Cisco security and collaboration. Setting “values and principles that a product should stand for” has become essential, he said.

The tech industry has long been under fire for a poor record on workplace diversity and a failure to recognize the ways in which product design can perpetuate discrimination.

Worries about bias in video conferencing picked up last September after Colin Madland, a doctoral student at the University of Victoria in British Columbia, Canada, tweeted a screenshot of a Black colleague appearing headless when deploying a virtual background on Zoom.

Studies of other AI cropping systems have shown they generate more errors with darker skin, in part because the data used to train them mostly included lighter examples.

Zoom’s chief diversity officer, Damien Hooper-Campbell, told Reuters: “Bias was not at play, but rather a combination of the user’s distance from the camera, use of headphones, and seating position.”

Madland said the problem subsided after his colleague purchased a green screen and some “snazzy lighting.”

For Zoom and its rivals, delivering on inclusion could provide an edge while vying for post-pandemic deals with clients – which are facing their own reckonings on diversity.

Global spending on cloud-based conferencing is forecast to reach $5.41 billion this year, up from $5.02 billion in 2020, according to tech consultancy Gartner. It does not track market share, but analysts cite Zoom and Cisco as the leaders.

The upcoming Google Meet feature tackles the problem of people appearing darker because of their surroundings, for example when sitting in front of a window, said Niklas Blum, a Google product leader involved with Meet.

“Users with dark skin tones are not equally represented, and we want to build products for everyone,” he said.

The AI separates users from their background, determines whether they are underexposed regardless of their skin tone, brightens the picture accordingly, and finally merges the background and foreground.

Meet’s virtual waiting room will prompt users to activate the lighting adjustment when it detects they could benefit from it, said Stéphane Hulaud, product lead for video quality and processing in Meet.

Blum and Hulaud said Meet first identified the representation issues in video when launching a low-light enhancement for mobile calls well before the pandemic. Developing the latest feature took considerable time, but it led Meet to establish product inclusion testing procedures and mandate them for all of its work.

At Cisco, the new gesture-recognition option, when turned on, lets users hold up their thumb on camera for about a second to generate a virtual thumbs-up on screen.

Cisco trained its AI to focus on the shape outline and movement of the gesture in time and space, reducing potential issues from variance in skin tone, said Keith Griffin, a distinguished engineer at the company.

Praying hands – for “thank you” – are among possible new gesture options to come, with a feature that interprets sign language an eventual goal. Webex also expects to add skin-tone options beyond yellow for the icons.

For instance, forthcoming support for Spanish, Mandarin and other languages in voicemail prompts and transcriptions will benefit an unidentified California school district that wanted to better engage with its community, Sharp said.

“I don’t want to mispronounce it to thousands of employees and look like I’m not in touch with the company,” he said.