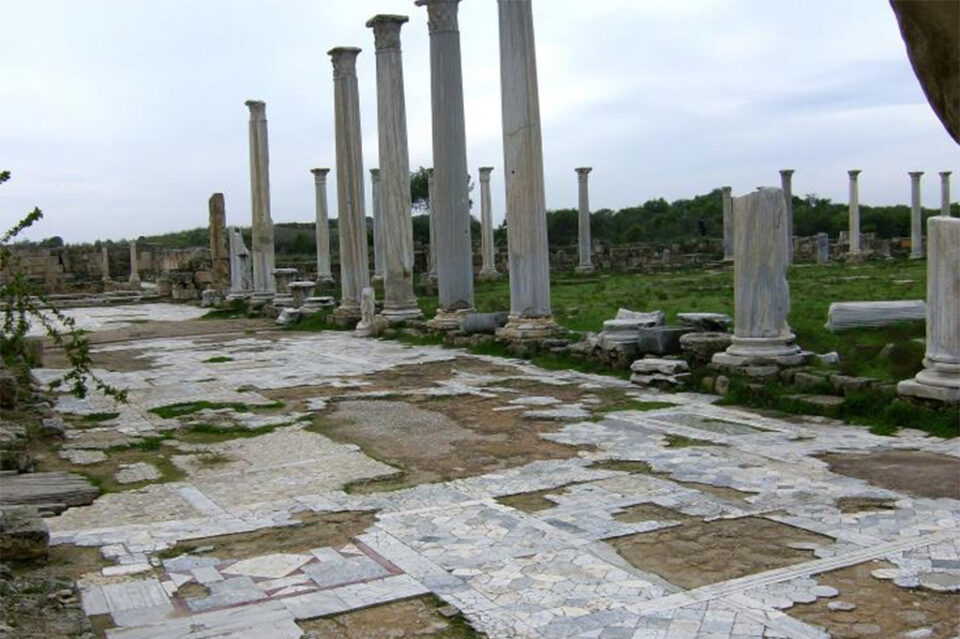 The preservation of mosaics in ancient Salamina is of great importance and historical significance, co-chair of the bicommunal technical committee on cultural heritage Takis Hadjidemetriou said on Tuesday.

The works are in progress and are set to be concluded at the end of the year. The mosaics are in the churches of Ayios Epifanios and Kampanopetra, near the ruins of Salamina in the north. The two churches are basilicas of great importance for Cyprus.

Hadjidemetriou told the Cyprus News Agency that the Ayios Epiphanios church dates back to the 4th century and Kampanopetra to the end of the 5th, beginning of the 6th century and the preservation of their mosaics is considered to be a great project for the bicommunal Committee.

The basilica of Ayios Epiphanios is one of the largest and most important basilicas on the island. It is a five-aisled one and was destroyed in the first Arab raids.

The three-aisled basilica of Kampanopetra is close to the one of Ayios Epifanios. The east of the central arch features a second three-story atrium, reminiscent of the Rotunda of the Holy Sepulcher and the Basilica of the Resurrection in Jerusalem.

At the moment, a total of 31 projects are in progress and they include restoration of another monument of great importance, the church of Panayia tis Kyras.

Hadjidemetriou said the church was looted and its mosaics are of great value and significance, similar to the well known mosaics of Panayia Kanakaria and Angeloktisti at Kiti.

Works are also being carried out at the church of Ayios Georgios in Avlona and Zouhouri mosque in Larnaca as well as four cemeteries, with a further two set to be revamped soon, in addition to the church in Yenagra.

In relation to the destruction of the Necropolis near the occupied village of Karmi, Hadjidemetriou said that he will bring up the issue during a meeting of the committee on Wednesday.

A report in the Turkish Cypriot daily Halkin Sesi on Monday said that the Necropolis, dating back to the Bronze Age, is collapsing due to lack of maintenance.