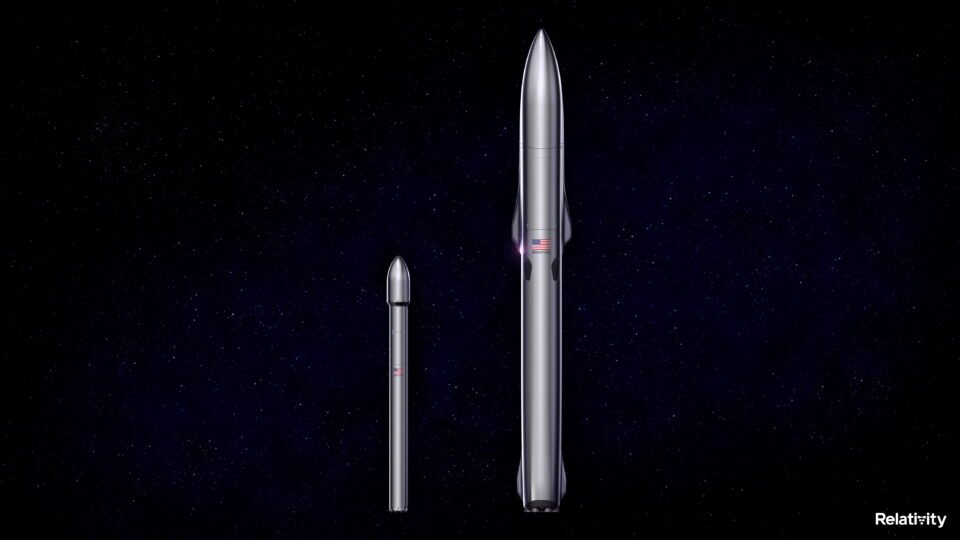 The Terran 1 and Terran R rockets being developed by Long Beach, California-based Relativity Space are seen in an undated artist's rendering. Relativity Space/Handout via REUTERS

Venture-backed startup Relativity Space, which aims to build the world’s first fleet of 3D-printed rockets, said on Tuesday it has raised $650 million from a raft of new investors including BlackRock, hedge fund Soroban Capital, and the actor Jared Leto.

Though it has yet to launch a rocket, the latest capital raise gives Relativity a market valuation of $4.2 billion, making it the second-most valuable privately-held space firm behind Elon Musk’s SpaceX.

Long Beach, California-based Relativity, which has grown its headcount fourfold in little over a year, promises boosters built almost entirely by colossal 3D printers that can crank out a full-scale rocket in just 60 days. Such automation is vital to human ambitions to colonize Mars, Ellis said.

“3D printing is the holy grail that will enable that future,” Ellis told Reuters ahead of the announcement.

The fundraising announcement is the latest in a frenzy of capital infusions and blank-check deal-making focused on a new breed of firms building launch systems that are far smaller than traditional rockets. The plan is to cash in on the exponential growth of compact satellites used for everything from communications to national security to climate studies needing a ride to orbit in the coming years.

Industry insiders do not expect all the players to survive this gold rush.

Relativity has inked launch contracts with the U.S. Defense Department, NASA, and Iridium Communications Inc, for rides to space on its Terran 1. That rocket can blast up to 2,755 pounds (1,250 kg) into orbit for $12 million. Its inaugural launch is slated for December.

Relativity’s bigger Terran R will be capable of blasting some 44,000 pounds (20,000 kilograms) to low-Earth orbit, Ellis said, declining to disclose the cost for a trip.

Ellis waved off any idea of taking the company public any time soon.

“We are excited to stay private,” Ellis said.

What you should know about calcium supplements