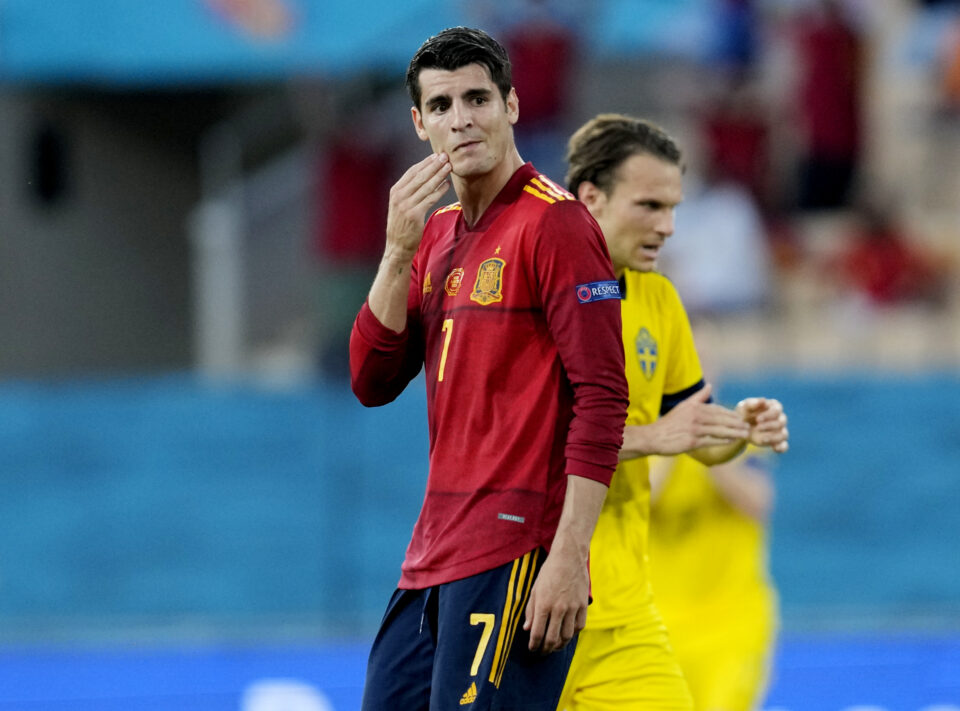 Spain's Alvaro Morata reacts after missing a chance to score

Spain dominated their opening Euro 2020 Group E game against Sweden but could only come away with a 0-0 draw after Janne Andersson’s side showed little ambition in going forward on a sweltering Monday evening.

The Spaniards outclassed Sweden in possession and Alvaro Morata fired a great chance just wide, but it was the Swedes that came closest to scoring as Alexander Isak’s shot was deflected onto a post by Marcos Llorente just before halftime.

The second half had even less in the way of creative attacking football as the Swedes did their best to run the clock down while making the occasional break, and Spain could not find a way through the massed yellow ranks of defenders.

Sweden take on Group E leaders Slovakia, who beat Poland 2-1 earlier on Monday, in St. Petersburg on June 18, while the Poles travel to Seville to meet Spain the following day.