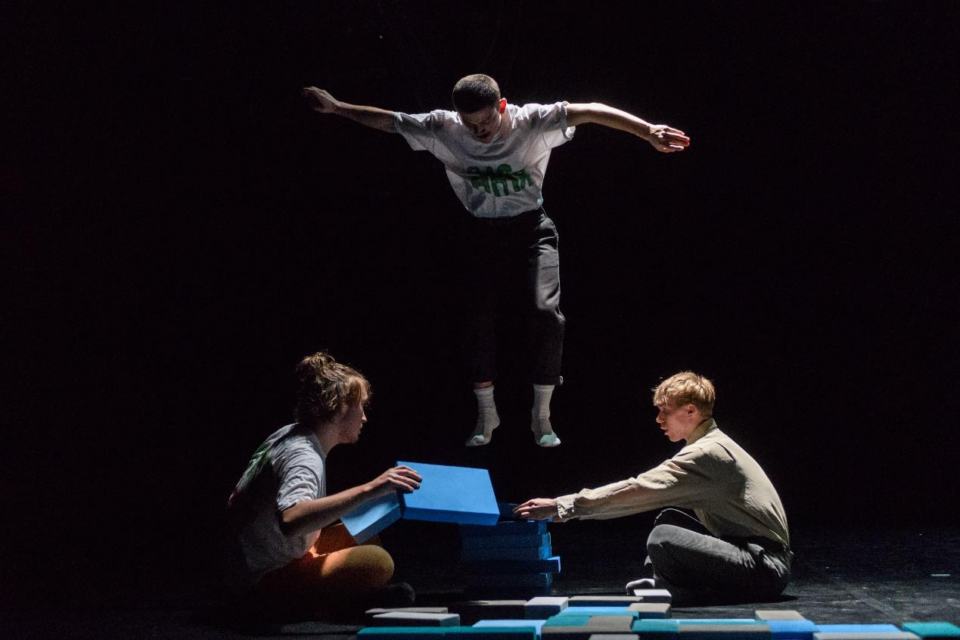 Set to take place in October across the island, the 2021 autumn Buffer Fringe Performing Arts Festival features collaborations and partnerships with new and returning artists and organisations from Cyprus and abroad presenting original work around the theme of Displacement.

One of the few festivals to have taken place in 2020, the Buffer Fringe continues to break physical and mental barriers through the transformative power of art. As Artistic Director Ellada Evangelou says, “we return in 2021 to complete the cycle that started last year, a particularly hard year, but that has taught us a lot about our possibilities and potential as a community of artists. We have new partnerships that we want to nurture, and make new connections, empowering artists to dare to present new narratives, to tell new stories.”

95 Stops/Mapping the Space Between Us is a Cypriot collaborative interdisciplinary work with maps, tours, soundscapes and mini residencies between Famagusta and Limassol by artists Nurtane Karagil, Yiannis Toumazis and Elena Agathokleous.

Rehearsing the Revolution is a project by the Netherlands, Hungary and Cyprus and is a theatre performance based on immersive storytelling workshops led by Petra Ardai, Jörgen Unom Gario, Tamara Vadas, Nihal Soğancı and Maria Varnakkidou.

No Man’s Air is a partnership in many ways – between the Netherlands and Cyprus and between Buffer Fringe and the Countryside Animafest Cyprus. The film and installation by Gerco de Ruijter focuses on the ‘no-man’s air space’ above Nicosia Airport. Another partnership between Buffer Fringe and The Yard Residency is a multimedia performance called It May All Be Over Soon. Androula Kafa’s work is a vivid awareness of the ongoing environmental crisis.

Also on the programme is an interdisciplinary performance from South Korea titled Restless Spirits with Yeon Yeji, basing his piece on Korean Shamanic rituals. Other international projects include Ireland’s SlowMo, a dance performance created with the use of film, augmented reality and mapping methodologies and Switzerland’s 8120 interdisciplinary performance presented by artist duo Karla Isidorou and Alexandra Bellon. CCFT Nomadic On-line Dialogue 2 – New Fluid Territories is a collaboration between Scotland, Norway, Cyprus and the UK, and focuses on online exchanges exploring ideas of place with community, environment, permeability, sustainability and flux as positive attributes.

Three more local projects on the programme are The Serpent’s Egg Deconstruction, an interactive audio-visual installation exploring displacement in citizenship, memory, history, ethnicity and co-existence by numerous artists, the Wheel of Radical Affection, which is a dance performance presented by PERA School of Performing Arts – GAU and finally, DAME an interdisciplinary visual/performance art, created by PASHIAS with Katerina Scoufaridou and Iosif Hadjikyriakos.

More information on artists can be found at bufferfringe.org/artists

Arts festival with numerous participating artists and projects from around the world. October 8-10. Various locations. www.bufferfringe.org

What to keep in your rabbit First Aid kit