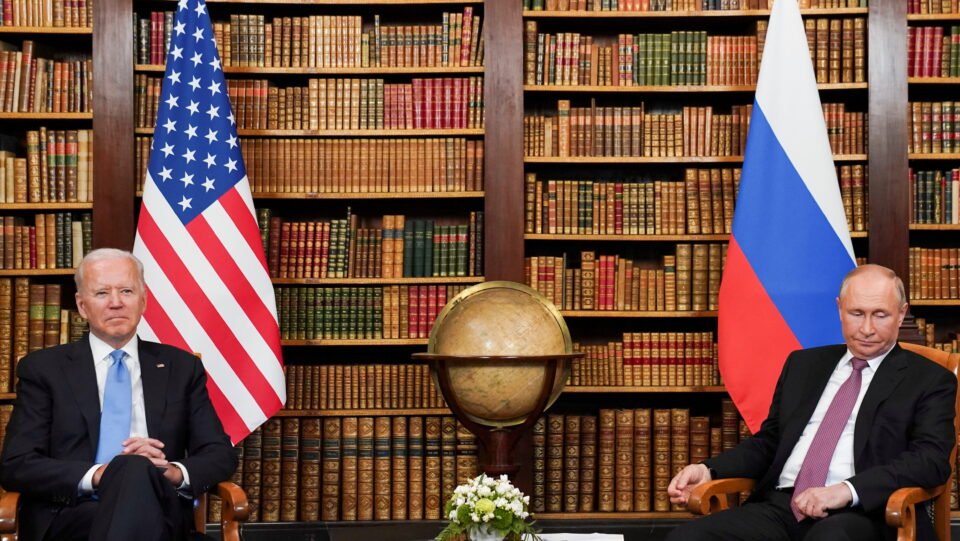 President Joe Biden on his first foreign foray sought to cast Russia not as a direct competitor to the United States but as a bit player in a world where Washington is increasingly pre-occupied by China.

Aides said Biden wanted to send a message that Putin was isolating himself on the international stage with his actions, ranging from election interference and cyber-attacks against Western nations to his treatment of domestic critics.

But Biden could struggle in a parallel attempt to stop the rot in U.S.-Russia relations and deter the threat of nuclear conflict while also talking down Russia, some observers said.

“The administration wants to de-escalate tensions. It’s not clear to me that Putin does,” said Tim Morrison, a national security adviser during the Trump administration. “The only cards he has to play are those of the disruptor.”

Officials on both sides had played down the chances of major breakthroughs at the talks, and they were right. None materialized.

But the two leaders pledged to resume work on arms control as well as cyber security and to look for areas of possible cooperation, signs of some hope for a relationship between two countries with little common ground of late.

Ties were already frayed when Biden, at the start of his administration, repeated his description of Putin as “a killer.” That deepened a diplomatic rift that saw both countries withdraw their ambassadors from each others’ capital.

Echoing an approach by former President Barack Obama, who called Russia a “regional power” after it annexed Crimea from Ukraine in 2014, Biden sought to cast Russia not as a direct competitor to the United States.

Speaking after his meeting with Putin, Biden said Russia wants “desperately to remain a major power.”

“Russia is in a very, very difficult spot right now. They are being squeezed by China,” Biden said before boarding his plane out of Geneva, quipping that the Russians “don’t want to be known as, as some critics have said, you know, the Upper Volta with nuclear weapons.” Biden was referring to the former French West African colony, which changed its name to Burkina Faso.

Biden also pointed to the troubles of Russia’s economy and called out Putin on Russia’s detention of two Americans, and threats toward U.S. government-funded Radio Free Europe and Radio Liberty.

American businessmen “don’t want to hang out in Moscow,” he said.

Matthew Schmidt, associate professor at the University of New Haven and a specialist on Russian and Eurasian affairs, said Biden was seeking to undermine Putin’s importance on the global stage.

“The strategy is very simply to push Putin’s buttons, but with some real facts,” Schmidt said. “Backlash will happen anyways, regardless.”

Putin, a former agent in Russia’s KGB security agency, lived through the fall of the Soviet Union, a humiliation for the nation that he has sought to right with increasingly aggressive foreign policy, as seen in the Crimea move and Russian support for separatists in eastern Ukraine.

Biden arrived at the lakeside villa in Geneva where he met Putin on Wednesday on the back of meetings of the G7 group of nations and the NATO alliance.

A senior administration official said Biden’s approach to Russia was more likely to be successful because Biden met Putin straight after rallying allies around the principle of upholding a “rules-based international order” at a G7 meeting in Britain and talks with NATO members in Brussels.

“There was strong alignment on the basic proposition that we all need to defend … this order, because the alternative is the law of the jungle and chaos, which is in no one’s interest,” the official said.

U.S. Senator Lindsay Graham, a frequent Republican critic of Biden, said he was disturbed to hear the president suggest Putin would be troubled by how other countries view him.

“It is clear to me that Putin could care less about how he’s viewed by others and, quite frankly, would enjoy the reputation of being able to successfully interfere in the internal matters of other countries,” the South Carolina senator said.