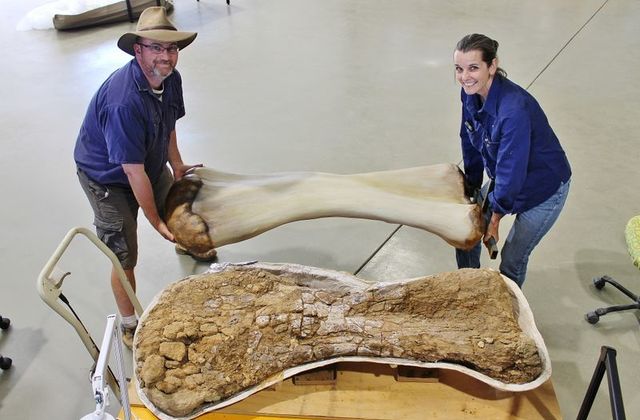 Scientists have confirmed the discovery of a new dinosaur species in Australia, one of the largest found in the world, more than a decade after cattle farmers first uncovered bones of the animal.

The plant-eating sauropod lived in the Cretaceous period between 92 million and 96 million years ago when Australia was attached to Antartica, according to a research paper published on Monday.

Paleontologists estimated the dinosaur reached a height of 5-6.5 metres at the hip and 25-30 metres in length, making it as long as a basketball court and as tall as a two-storey building.

That makes the new species the largest dinosaur ever found in Australia and puts it in the top five in the world, joining an elite group of titanosaurs previously only discovered in South America.

“Discoveries like this are just the tip of the iceberg,” said Queensland Museum curator and palaeontologist Scott Hocknull.

Paleontologists have named the sauropod “Australotitan cooperensis”, combining “southern titan” with the name of a creek near where the first of the creature’s bones were found in 2006 on a cattle farming property in Eromanga in Queensland state.