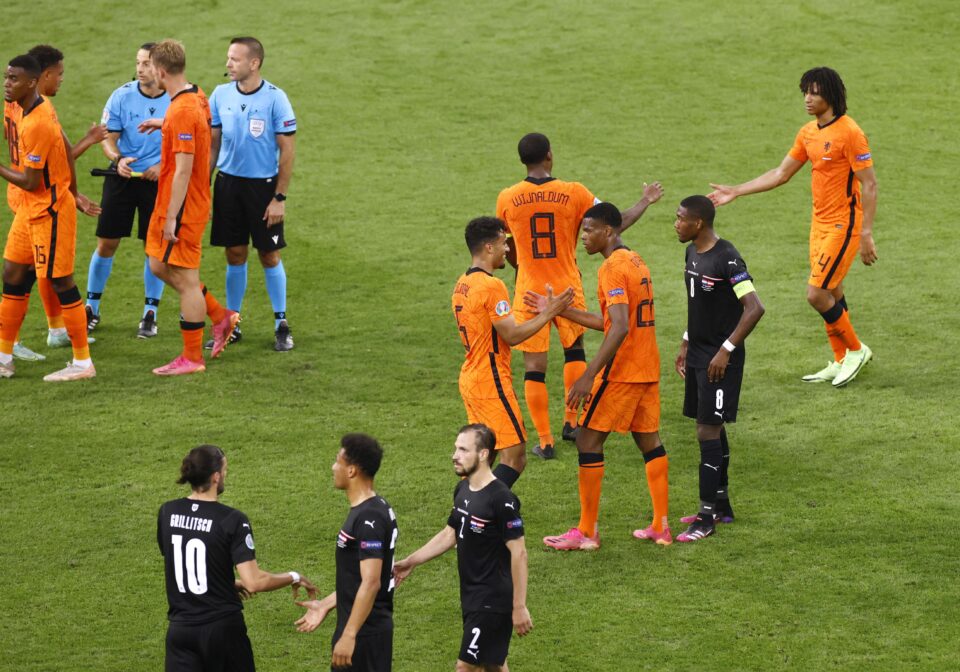 Netherlands players celebrate after the match

Wing back Denzel Dumfries had a hand in both goals as the Netherlands eased to a 2-0 victory over uninspiring Austria on Thursday and ensured they will win Euro 2020 Group C.

Memphis Depay scored a sixth goal in his last five internationals with a crisply-struck penalty after Austria captain David Alaba stepped on the foot of Dumfries and referee Orel Grinfeld pointed to the spot following the intervention of the Video Assistant Referee.

Depay missed an excellent opportunity to make it 2-0 when he sliced a shot wide with the goal at his mercy, but the home side added a second when Dumfries scored his second goal in as many games in the tournament after being teed up by substitute Donyell Malen.

The Dutch, on six points, cannot be overtaken at the top of the group going into their final game against North Macedonia on Monday. Austria and Ukraine, who have three points each, meet at the same time in Bucharest in a winner-takes-all tussle for second place.