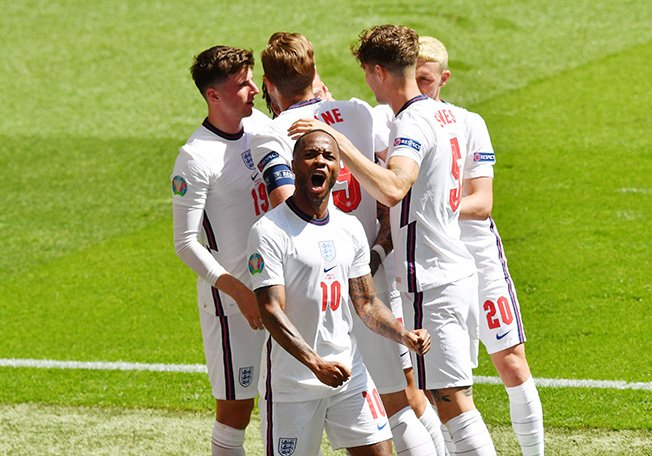 The Three Lions, who beat Croatia in their opening game, take on their oldest rivals at Wembley on Friday night

The world’s oldest national team rivalry resumes on Friday at Wembley Stadium when Scotland travel south to take on the ‘Auld Enemy.’

England’s players must go beyond their comfort zone, according to forward Marcus Rashford.
Rashford came off the bench as England opened their Group D campaign with a 1-0 win over Croatia, the team that knocked them out of the 2018 World Cup in the semi-final.

Scotland, who England last faced four years ago, will present a completely different test, said the Manchester United player who is tipped for a starting berth.
“As players, you want to play in the biggest and most historical games and this will be up there with the games that we remember for the rest of our careers,” Rashford said at a news conference.

“The last time, I remember the atmosphere and the build-up was unique. It’s going to be a tough game for sure and we will have to be good at things that are outside of our comfort zone.
“Scotland are effective in different ways so we must match them and compete and get the ball down and play our football.”

Scotland and Aston Villa midfielder John McGinn meanwhile believes Steve Clarke’s side are capable of overcoming the perceived gulf in quality.
“The English media will have you believe the gap is humongous. So it is up to us on Friday to prove that isn’t the case,” he told a news conference.
“They have a population of 55 million, we have five million. They have worldwide superstars all throughout their squad, so we will be underdogs.
“But we have a few wee superstars in our team who can play well and cause them problems.”

First played in 1872, the fixture has taken place 114 times and the Scots have enjoyed plenty of success down the years. England have won 48 times, their northern neighbour 41, and there have been 25 draws.

But while the 1960s and 70s saw plenty of memorable clashes, including in the now defunct annual British Home Championship, the rivalry has waned in recent years.
Scotland are playing in their first European Championship since 1996, when they lost 2-0 to England at Wembley, and have gone through a long decline only now showing signs of ending.

The Scots have not beaten England since 1999 – and even that 1-0 victory was part of a two-legged defeat in a Euro 2000 qualification playoff.