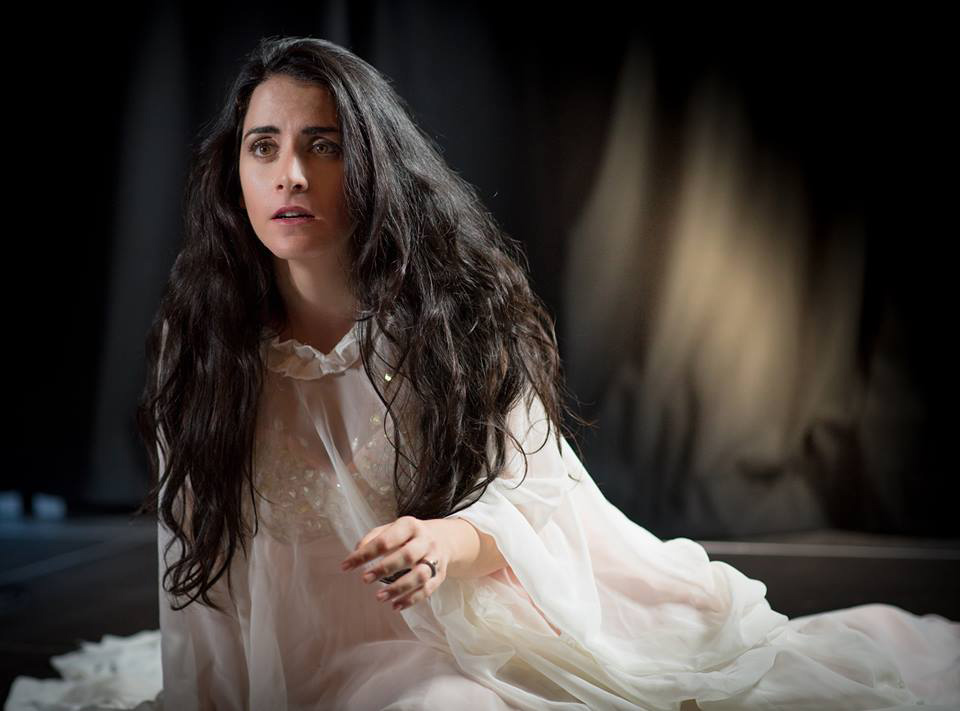 Mariza Anastasiades starts each day feeling grounded, refreshed, motivated and focused. Defined by a motto that suggests one remain content with what one has, but to keep working on what one loves, Mariza heads out the door and enters a world where vocal and instrumental sounds are combined in such a way to produce beauty of form, harmony, and expression of emotion.

As one of Cyprus’ most celebrated sopranos, Mariza has struck the hearts of audiences worldwide with her commitment to and passion for opera. With a repertoire spanning from the Renaissance and Baroque eras to 21st Century music, Mariza’s opera performances are full of passion, truthfulness, and love for a musical genre she discovered at a young age.

Her first encounter with classical music and opera takes us back to when Mariza, aged 11, accompanied her mother on a trip to New York City to watch Mozart’s The Magic Flute – one of the greatest operas ever written – at the Metropolitan Opera House at Lincoln Centre. Her musical feast, however, did not end there. Realising her child’s music potential, Mariza’s mother took her daughter on a night out on the town to one of the most vibrant and culturally rich parts of the Big Apple to watch The Phantom of the Opera. The experience of watching a live performance at a Broadway theatre left an imprint on her mind. Beyond the overwhelming music, spectacular sets, iconic costumes and dazzling lights, Mariza felt a dreamlike closeness and connection, unlike anything she had experienced back in Cyprus.

Two years later, Mariza began taking classical singing lessons under the direction of soprano Ioli Mousteri and proved adept at singing with dramatic flair. After completing her studies in classical singing and opera at the Vienna Conservatory in Austria, and in Cyprus at the University of Nicosia where she specialised in Italian Bel Canto repertory and vocal technique, Mariza returned to New York to compete against other fledgling classical sopranos at the Kyrenia Opera Vocal Competition where she claimed first prize. Fast forward to 2021, and Mariza has been the recipient of numerous international awards, recognising her talent as arguably one of Cyprus’ most revered voices.

“What has been the most defining moment in your professional career?” I asked Mariza when interviewing her for Culturescope. I met the soprano at the sacred gardens of the goddess Aphrodite in Geroskipou, where, upon seeing her for the first time, I felt more like reconnecting with an old friend than meeting someone new. “I cannot pinpoint one defining moment in my career,” she responds enthusiastically. “I was fortunate enough to collaborate with highly esteemed opera conductors such as Richard Hein of the Prague State Opera House, and Gregory Buchalter from the Metropolitan Opera House in New York,” she admits proudly. “I also participated in numerous productions, all of which have helped shape my operatic career.”

Mariza’s profession has allowed her to travel extensively across the globe, leaving her mark on some of the world’s best opera stages. Currently based in Cyprus, where she teaches voice lessons, Mariza’s dream is to perform the role of Cio-Cio-San, a young Japanese geisha from Giacomo Puccini’s Madame Butterfly, on an international stage. “If you are passionate with what you do, and you believe in yourself, you will succeed,” she states. “I am determined to make it happen.”

Like most people, Mariza has had numerous opportunities in her life. “All it takes is that one break to make an ordinary life become extraordinary,” she admits in conversation. Aside from the international stage that she aspires someday to excite us with her own interpretation of Puccini’s ‘muse’, Mariza wowed international audiences in 2017 with her moving performance at the closing ceremony for the European Capital of Culture Pafos 2017. “I will never forget the openhearted and warm response from the thousands of people in the audience as we bid a fond farewell to one of the greatest event series ever to take place on the island.”

One of the most popular questions I enjoy asking the talented people I am privileged to interview is where do they draw their inspiration from. Like most renowned sopranos, Mariza refers to Maria Callas as the first soprano she idolised as a child. “Callas influenced opera more than any other singer of the twentieth century,” says Mariza. “Her beautiful, captivating voice that had such a magnificent presence on stage, and the intense emotional notes that she carried out altered simple dramatic performances into serious and entrancing dramatic showpieces.” For Mariza, her sources of inspiration are limitless. She continued to mention additional opera singers that have inspired her along the way. From Anna Netrebko’s temperament and prominent stage presence, to Aida Garifullina’s sweet and charismatic vocals, Mariza’s list of opera influencers was endless.

According to Mariza, every soprano has a different characteristic that makes her unique. Sopranos are often classified according to their colour or agility: a dramatic soprano has a rich, powerful quality, a lyric soprano, a lighter, singing tone; and a coloratura soprano possesses a high range and extreme agility. Those who are unfamiliar with the world of dramatic spectacles, brilliant music and mind-blowing performers, need not look any further than Cyprus’ very own soprano. Upon meeting her, one will most certainly agree that Mariza Anastasiades occupies a powerful place in classical music with an imperious onstage presence and a charming and humble personality offstage.

Why is most geothermal energy untapped?

Are you an overthinker? How to get out of your head

The joys and trials of an animal lover

Pink pouts are trending: how to find your summer shade