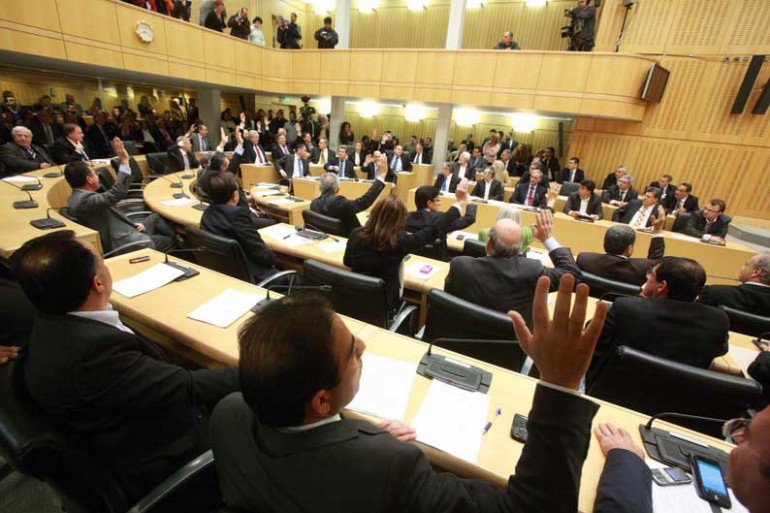 There are many who consistently argue that a “government of national unity” will help attain goals that a one-party government would never be able to. This conclusion is neither based on logic, nor supported by past experience. Two main hurdles remain unsurmountable.

The first and most important is that each political formation has its own priorities in terms of objectives and how they can be achieved. The positions of each political party are formulated under the influence of many factors, such as the past, education and culture, the influence of family and friends and, of course, vested interests.

Thus, in the case of the economy the various schools of thought differ from a very limited extent to huge differences (to the point of being diametrically opposite, such as communism and liberalism). Similar contradictory positions exist over other vital issues, such as the “national problem”.

There are those eagerly seeking the reunification of Cyprus, while acknowledging that Greek Cypriots previously committed the tragic mistake of isolating the Turkish Cypriots, gradually leading to the segregation of the two communities and to the Turkish Cypriots claiming the right of political equality.

This school of thought recognises the fact that political equality and the effective participation of Turkish Cypriots are conditions that must be satisfied in order to secure reunification, provided the umbilical cord that currently connects northern Cyprus with Turkey is cut, so as to allow the creation of a climate of mutual trust, security and prosperity that will be enjoyed by all Cypriots.

The other school says these conditions will never be met and that the hatred and the hostility, which they believe still prevails between the two communities, will lead the island to new disasters. Under these circumstances, they subscribe to the view of “us over here and them over there” and they are willing to assign northern Cyprus to Turkey, under the umbrella of a confederation (often referred to as the “velvet divorce”).

These differences are so fundamental and diametrically opposed that I cannot imagine how these positions can converge and lead to a common course of action.

The second important hurdle facing a government of national unity is that, if such a government is based on a “consideration” being paid (rather than on the commonality of objectives), then it is certain the resulting government structure will be short-lived and ineffective because of the conflicts that will ensue, ultimately leading to inaction and a stalemate.

Of course, some may rush to argue that there are many issues on which – at least in theory – the positions of the entire political world are identical or very similar. Such issues include the cases of corruption and collusion, the protection of the environment and the prosperity of all citizens. However, even though there may be common objectives, particularly at an abstract general level, in practice the priorities set differ.

Most importantly, the policies needed to attain the objectives differ substantially. Thus, in the very recent past, the adoption of the annual state budget ended up being a blackmail tool by the opposition parties, even where the goals were identical or very similar. Under these circumstances, how can one realistically hope that a well-functioning “government of national unity” will emerge?

In my opinion, the actions needed to resolve the problem of the existing “asymmetry” between the executive and the legislative arms of the state are the following:

Seek an increase in the party entry threshold into the House of the Representatives from 3.6 to 5-6 per cent. The argument that the views of the 560,000-strong electorate must be represented in the 56-member legislative body is not valid. Of those 560,000 voters each one holds a view different to the views of all the rest. Given this, we would have to have 560,000 MPs (and not merely 56), if we were to genuinely aim at all the views being represented in parliament.

No democratic country in the world represents all the views of its electorate. In the United States, the president and the members of the two legislative bodies are often elected on the strength of votes that fall short of the votes cast in the whole of the nation. In the UK, with the first-past-the-post system for electing MPs, there is usually a material discrepancy between the total votes cast for a specific party and the number of MPs elected under the umbrella of that party.

Exercise pressure (by the voters) on political parties to “mature” and understand that serving in opposition does not entail rejecting every government proposal. If the political parties truly care for the wellbeing of the country, they should be willing to support all the actions of the executive if they serve common goals and common strategies. This support must be given without asking for something in return. I believe that this was the most significant message transmitted by the electorate in the recent parliamentary elections.

Appointing ministers and other state officials exclusively on the basis of competence and merit. Some of the ministers appointed by Nicos Anastasiades were chosen on this basis and have produced significant added value. Examples are Constantinos Petrides, Zeta Emilianidou and Constantinos Ioannou. In contrast, persons such as Nicos Christodoulides, who have demonstrably by reference to the results of their work, failed in their mission still serve in key positions as members of the Council of Ministers.

Improving the legislative process, so as to ensure that the laws enacted are better processed from a technical point of view. The process currently followed, under which all bills (whether proposed by the government or by MPs) are often drafted hastily and each political party comes up with its own suggestions for modifications that often result in conflict must be terminated.

It is no coincidence that a plethora of laws are constantly being amended (after their initial enactment) in an attempt to fill gaps or to eliminate contradictions. The technical complexity of modern legislation that parliament is called upon to enact is truly extensive and, therefore, the technical support needed by the legislators to enable them to serve their role effectively, must be reinforced. The phenomenon of laws being enacted casually, with political interventions at the last moment, must cease.

With these thoughts in mind, I have come to the conclusion that the prospects of creating a “government of national unity” and, in particular, the prospects of such a government being able to generate significant achievements (without an adequate level of commonality of goals, strategy and tactics) is particularly poor, irrespective of the widely held view that such a development will be a lifesaver for the country.

Russian envoy to U.S. returns to Washington with optimistic mindset