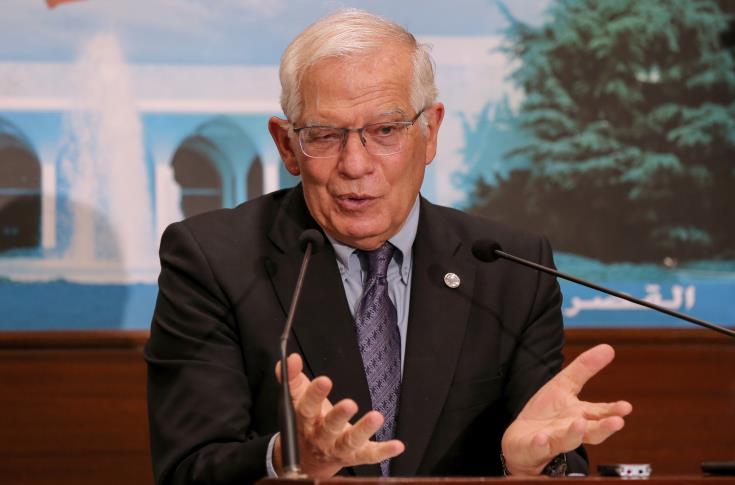 In a development that is likely to disappoint the Cyprus government, the EU’s top foreign policy chief said on Monday the bloc would not be getting deep into EU-Turkey relations during the Council summit in Brussels later this week.

During a briefing at the close of the Foreign Affairs Council that convened in Luxembourg on Monday, EU High Representative Josep Borrell responding to a media question said: “About Turkey and Cyprus, I don`t expect the European Council to go deeper on the issue of Turkey relations, because it will be very much engaged on the Russia communication.”

“Certainly our relations with Turkey are very much influenced by the Cyprus issue so we will follow it attentively, the situation in Cyprus, trying to push for the continuation of the negotiations that restarted in Geneva, because I think this is a good occasion to try to look for a solution to the Cyprus settlement,” he added.

In his introductory statement, Borrell noted “also on Turkey, ahead of the European Council, I talked with the Foreign Affairs Minister of Turkey, in Antalya before we go into Lebanon. We talked about the relationship between the Cyprus issue, and the preparation of the agreement with Turkey, which will be considered at the next European Union Council.”

President Nicos Anastasiades told the media last week that when he goes to the EU summit wants Brussels to make it clear to Turkey that there would be repercussions from its ongoing provocations, especially the continued opening up of the fenced-off area of Famagusta, known as Varosha. He said the EU has an obligation to its member states.

Fairytale for Denmark as rout of Russia puts them in last 16, Belgium win again