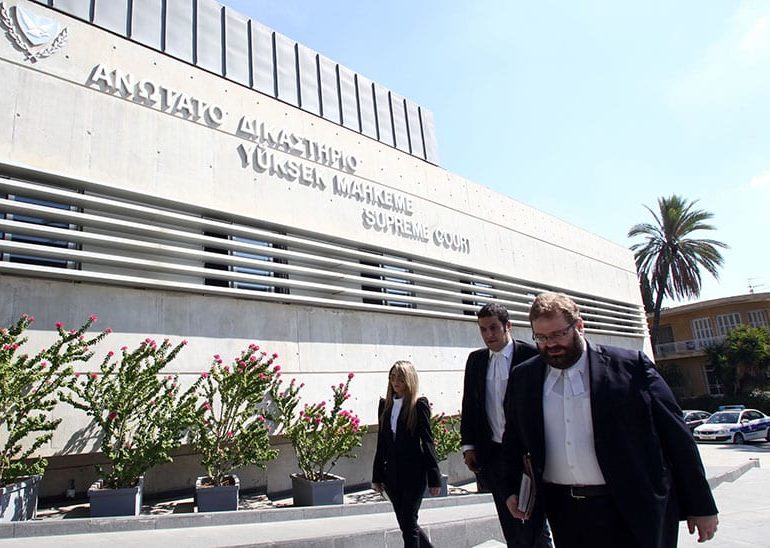 The Council of Europe (CoE) on Tuesday lauded the announcement last week by the Cyprus Supreme Court on the adoption of new rules of civil procedure.

The rules were finalised under the framework of a joint project of the Council of Europe and the European Union in cooperation with the Supreme Court.

“This is a leading example of how legal cooperation projects supported by the European Union uphold our common values and standards as enshrined in the European Convention on Human Rights”, said Council of Europe Secretary General Marija Pejčinović Burić.

“We will further deploy our expertise to assist Cyprus in the ongoing reform to improve the efficiency of its judicial system,” she added.

The CoE said the new rules were one of the essential components of ongoing justice reform in Cyprus, which they together with the Commission’s Directorate General for Structural Reform Support, would continue to support.

“The rules of civil procedure should contribute to better protection of the rights and freedoms as defined in the European Convention of Human Rights and further uphold the rule of law and strengthen judicial efficiency,” a CoE announcement said.

It said the rules have existed in Cyprus since 1958 and have only been minimally revised since then. The new rules would allow for important modernisation of the justice administration in civil cases.

They should enable the courts to handle cases faster, at a proportionate cost, and more efficiently through introduction of new principles and procedures in the adjudication of civil cases. It is expected that the length of proceedings will reduce significantly as the judges will apply strict case management with attention to the time and deadlines.

As a Pan-European organisation with extensive expertise in the field of human rights and rule of law, the CoE said it has been supporting, in close partnership with the European Union, the reform process in Cyprus as it does in all its member states.

“This example of successful cooperation project is due to strong commitment shown by the Cypriot partners,” it added.

The next phase of the project envisages implementation of a comprehensive training programme for judges, lawyers and registrars for explanation of the general context and the main changes in the civil procedure rules before their entry into force.

Judicial reform in Cyprus has been a prolonged and often contentious issue in Cyprus. In April three bills were submitted to the House to overcome a number of dysfunctional aspects in the system.

Reforming the system is one of the modules included in the EU’s Resilience and Recovery Facility, under which which Cyprus must entirely remake itself almost from scratch.

Justice reform, for instance, involves establishing a constitutional court and an appeals court to replace the current supreme court.

Another aspect has to do with clearing the backlog in the courts system, where at any given time thousands of cases are pending.

It is a major reform project that needs to be exhaustively discussed, which means getting through the House and the opposition.

Shortly before the May parliamentary elections, opposition parties decided by majority to shelve the three necessary bills, which the government described it as an irresponsible action that would extend delays in the dispensation of justice.

Except for ruling Disy, opposition members of the House legal affairs committee decided not to send the bills to the plenum for discussion before parliament dissolved on April 22 ahead of the elections.

Legal affairs committee chairman, Disy MP Giorgos Georgiou, said two years ago everyone had embarked on an effort to prevent the “collapse of the justice system” but the bills were “unfortunately blocked today by the opposition for petty political reasons alone. The opposition blocked the bills, destroyed the collective work we did, placing the bills on the shelf.”

Akel MP Aristos Damianou blamed the justice minister for the rejection, suggesting she had failed to submit the bills in time.

He said the government had sent to parliament draft legislation that had not been agreed on “part of which possibly being unconstitutional”.

The government spokesman said the opposition’s stance was a blow to the country’s strategic planning submitted as part of the EU’s Recovery and Resilience Facility.

“The Recovery and Resilience Facility, worth €1.2bn, sets the approval of the reforms as a precondition for the release of the funds,” the spokesman said at the time.

A new parliament is now in place and the pressure will be on to see through all of the necessary reforms across all sectors, including the judicial system.