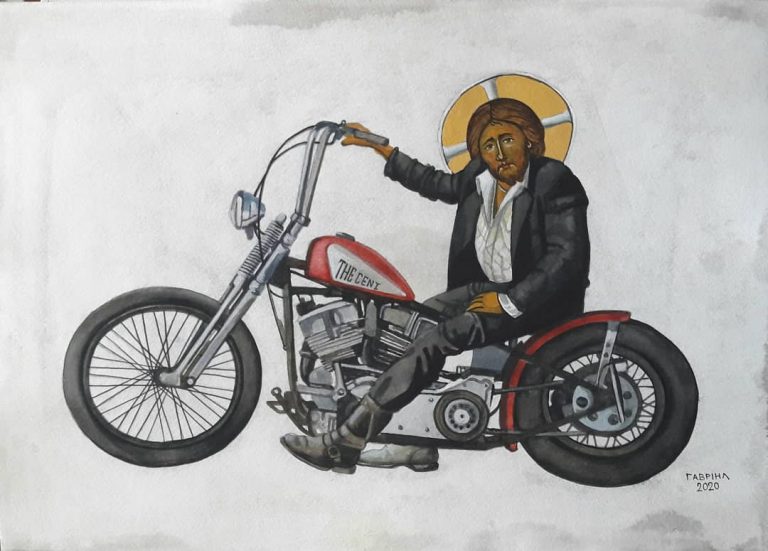 The chair of the European Parliament’s committee on culture and education Sabine Verheyen has expressed concern over the education ministry’s decision to launch a disciplinary investigation against art teacher Yiorgos Gavriel on the grounds that his paintings are derogatory of religion.

The MEP’s letter, published by Politis on Tuesday, is the latest twist in an ongoing saga surrounding publication of artworks critical of the archbishop and other key Cypriot figures.

The row broke out in September when Gavriel posted a series of artworks, which he called ‘anti-systemic’, on his personal social media platforms. These included a naked Jesus, a dog urinating on the archbishop, while in another, a dog is seen defecating on a statue of Eoka military leader Georgios Grivas.

The education ministry soon after launched a probe into the incident, saying the paintings created “a sore impression” and caused great upset among pupils, parents and public opinion.

Others quickly rushed to support the teacher’s right to freedom of expression.

Akel MEP Niyazi Kizilyurek took the issue to the European Parliament’s committee on culture and education where it was decided that the chair write to Education Minister Prodromos Prodromou on the issue.

In the letter, the German MEP noted that Gavriel stands accused of possible defamation of the educational service in general and his position as teacher, as well as improper public behaviour due to his depiction of religious characters in an unorthodox manner.

Irrespective of any disagreement with Gavriel’s artistic choices, his freedom of speech and expression is safeguarded by article 19 of the Cyprus constitution and article 11 of the EU’s charter of fundamental rights, she pointed out.

For the committee, freedom of expression is a matter of the highest priority, she added.

“Therefore, on behalf of the committee, I would like to underline once again our great concern with Mr Gavriel’s case, while I remain confident that Mr Gavriel will be treated in full respect of his rights and freedoms, and trust that any unlawful indictments against him will be immediately lifted,” she concluded.

Beyond triumph: the story of the modern Olympic Games