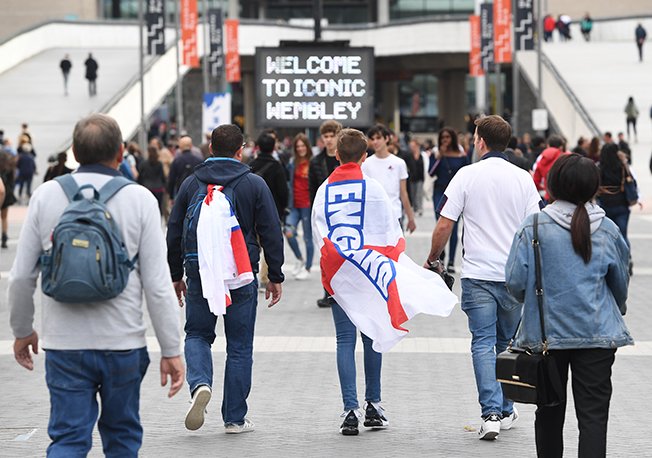 UEFA has no plans to replace Wembley as host stadium of the Euro 2020 semi-finals and final, European soccer‘s governing body said, after Italian Prime Minister Mario Draghi called for the final to be moved from Britain due to rising COVID-19 cases.

The United Kingdom recorded 10,633 new cases of COVID-19 and five deaths on Monday, taking its toll to 4.63 million confirmed cases and 127,976 total deaths, according to a Reuters tally.

UEFA said on Friday it had a contingency plan to take the final away from Wembley unless the UK agreed to exempt travelling foreign fans from 10-day quarantine rules.

“UEFA, the English FA and the English authorities are working closely together successfully to stage the semi-finals and final of EURO in Wembley and there are no plans to change the venue for those games,” a UEFA spokesperson said in an emailed statement on Tuesday.

Wembley is scheduled to host the semi-finals on July 6 and 7 before the July 11 final.

Italian PM Draghi said on Monday he was in favour of hosting the final in Rome, rather than in “a country where infections are rising quickly”.

The Times newspaper reported on Friday that Budapest was the alternative venue being considered if Wembley was not able to accept travelling supporters.