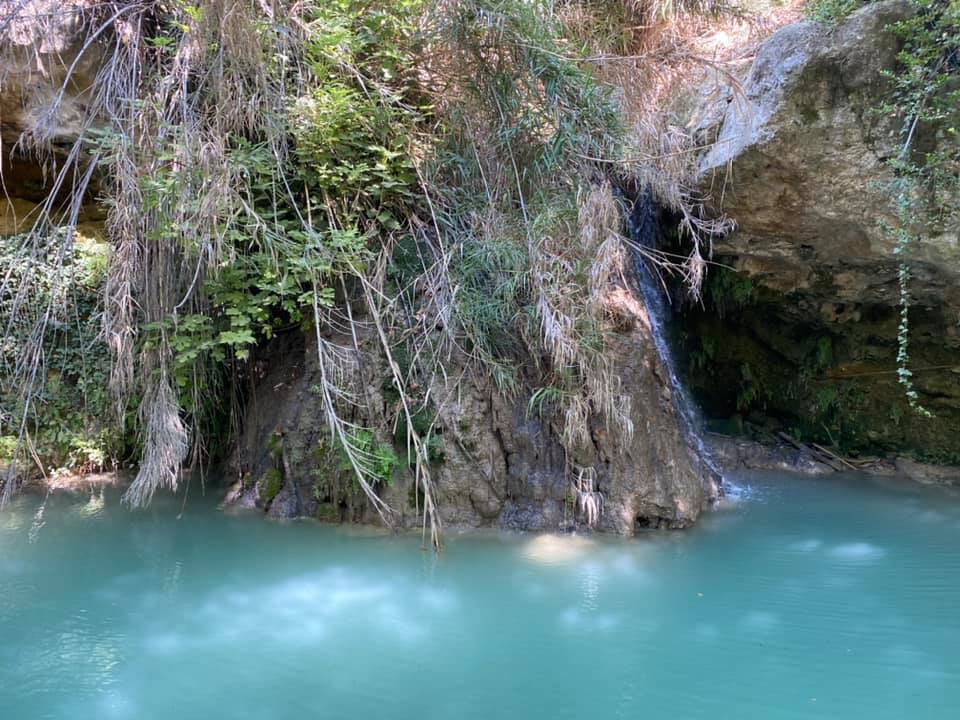 The upper of the two waterfalls at Kritou Terra

An entrance fee that is being charged to gain access to the popular waterfalls at Kritou Terra is much needed for the upkeep of the area and critics should understand that, the community leader said on Wednesday.

“From June 1, the community board decided to introduce a small fee of €1 to get into the waterfalls and we desperately need this money for the upkeep of the area. We have no more funds to keep looking after the area and so we had to do this,” Dervis Charalambous, the community leader of Kritou Terra told the Cyprus Mail on Wednesday.

In addition, a parking ticket of €2 has also been introduced for those with vehicles.

“We had to make a parking area at the top as it is too dangerous to access the waterfalls by car and if the fire trucks need access, it must be kept clear for them. It is rented by the community from the church,” he said

Those that are against the idea of a fee, which will all go to keeping the area clean and tidy and also be used for any repairs or upgrades that are needed, should not visit, he said.

“We are a small and ageing community and we just can’t afford to pay out for the visitors all of the time.”

Since the ticket system was introduced on June 1, around five thousand people have visited the waterfalls, he said. From this income, staff at the area have had to be paid and not everyone is subject to an entrance fee, some are exempt.

“We are not charging the under 12s, students or disabled people, nor school buses,” he said.

So far, the income generated is €2,600. Money collected will also go towards building toilets, a kiosk, water and electricity, which will cost around €350,000.

Thousands of visitors, up to 50,000 a year in pre-pandemic times, descend on the tiny village and its popular waterfall every year since public access was made easier to the first waterfall in 2014. This includes a road suitable for cars and dotted with picnic tables and barbecue pits. A nature trail to the second was cleared a few years later and fame quickly followed.

The falls have been plastered all over social media for the last couple of years, including Instagram, particularity when the pandemic meant most Cypriots holidayed at home last summer.

The upper pool is covered in green, and some choose to have a dip here, followed by a trek down the trail to the moss-coated rocks of the second. This has a small cave-like tunnel carved into the rock and leads from one side to the other which visitors can crawl through.

The tonnes of rubbish left around the waterfall area has seen Charalambous cleaning the area himself as there was no-one else to do it.

“We have to cover the costs and improve the area, this is the only way to do that as we don’t get any support,” he said.