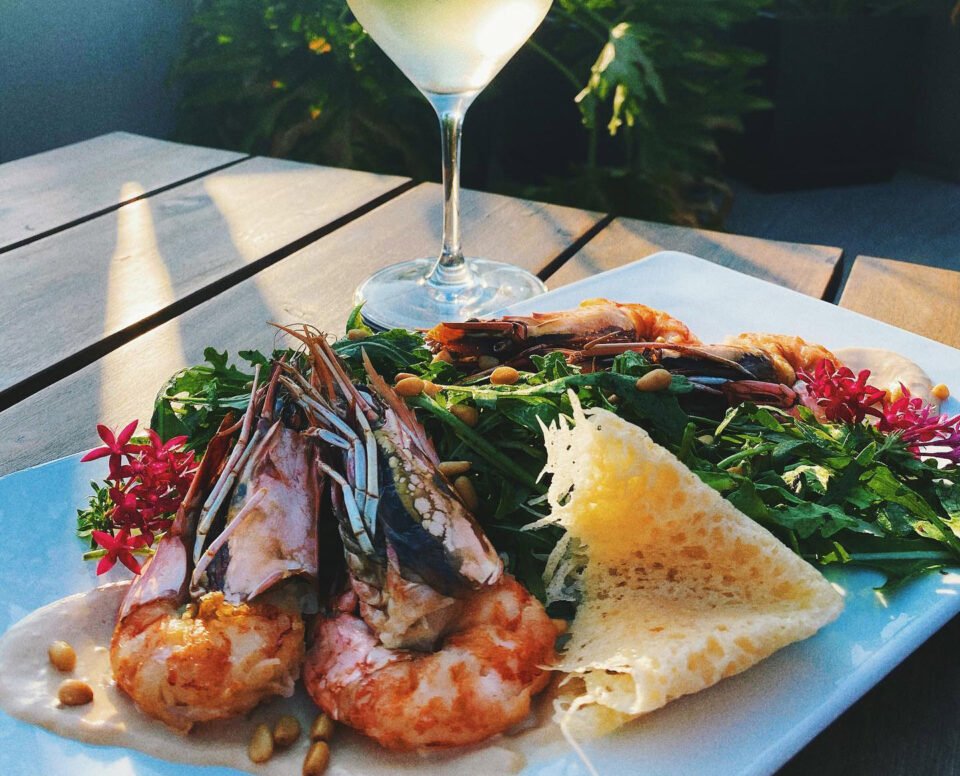 Sometimes you visit a restaurant to satisfy your more voracious desires, to encircle yourself with sheer quantity and go to town on a prodigious amount of sustenance. Other times you tend to prioritise presentation, complex flavour profiles and more considered dishes. Da Vinci falls firmly in the latter category of establishment.

Nestled deep in Limassol’s old town, Da Vinci wears many different hats: bar, restaurant, rooftop venue for hire, hookah lounge, live music events. When seated at one of the outside tables along a narrow cobblestone street you will have the Ayia Napa cathedral to your east, with a number of bars along the way. To your west a half-minute away is Limassol’s medieval castle and the surrounding area. It’s a quaint setting.

The menu revealed a surprise in terms of the dishes offered and you will encounter dishes you’d be hard pressed to find elsewhere in Limassol. Salmon ceviche, bao buns, veal tongue cooked using the French vacuum style of cooking called sous-vide. These are not commonly found.

As a starter, we shared the mini quesadillas, which ended up looking somewhat different to the image on the digital menu we had been told to access. Usually, quesadillas are not open-faced, as the ones we had been given. They looked more akin to savoury tarts, with the crispy tortilla forming the base. They were layered with roasted peppers and onions, on top of which came the veal and cheese. Different to the traditionally executed dish but nicely made. A sauce with smoky paprika was provided for dipping.

For our main meal, we opted for the lamb chops and the Moroccan chicken, to which we added a carbohydrate by ordering a shared portion of chips, since both dishes were served with vegetables. The lamb chops, sourced from New Zealand, were marinated with rosemary, thyme and mustard, and were accompanied with grilled peppers, zucchini and aubergines, as well as a bowl of mint sauce. The lamb meat, livened with squeezed lemon juice from a lightly grilled lemon slice provided, was tender, zesty and juicy. The mint sauce falls on the milder side, for those used to stronger versions often found in more wintery dishes.

The Moroccan chicken, served on a bed of grilled bell peppers and onions, was just as good, with cinnamon being the dominant spice in the marinade. If I had to remove a mark from either dish it would be due to the size and quantity, which I expected more of for the price point. The additional portion of fries was a very astute addition to both dishes, as they complemented both the lamb and the chicken nicely. The added crispy bacon and melted cheese on top added an extra level of richness to the meal.

For dessert, we both opted for the raspberry cheesecake, which I recommend with no hesitation. It was soft and rich in the middle with a crusty finish on top. The raspberry drizzle and full raspberries on top offered a sweet contrast with the cake itself. The Peruvian groundcherry as decoration was a neat touch as well.