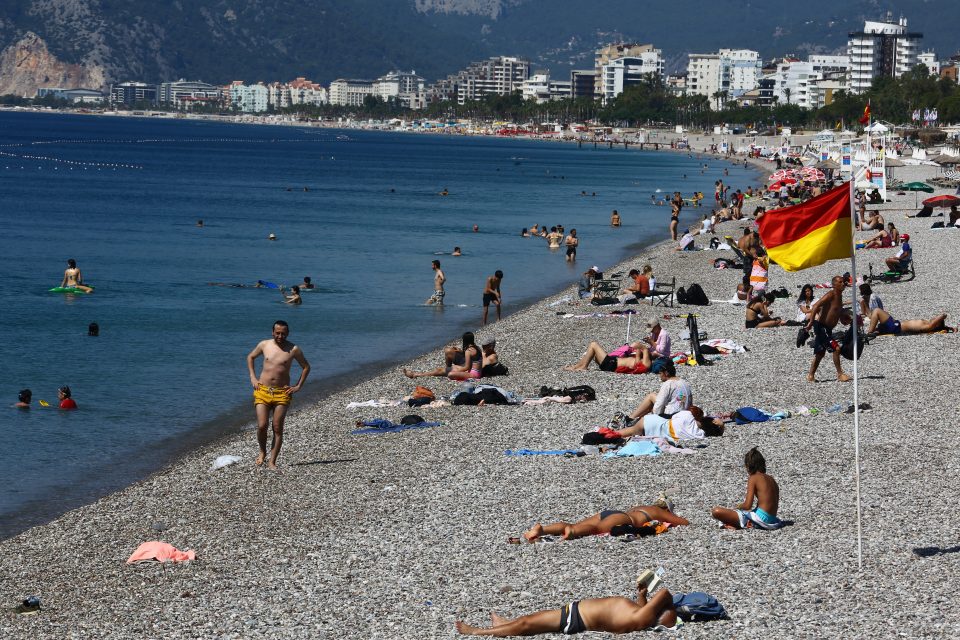 News that the UK government decided to keep Cyprus on its amber list dashed the hopes of the tourism industry for a boost to business in July. Cyprus’ low positivity rate and big decrease in the number of daily cases in the last few weeks – the current surge is only a few days old – counted for nothing when the British government updated its colour-coded classification system on Thursday. Other islands – Balearics, Madeira and Malta – were placed in the green category, but not Cyprus, perhaps because of its popularity with British holidaymakers, whose government is discouraging overseas travel in general.

While the next update of the country classification system will not be until July 15, some hopes were raised by the announcement of UK transport minister Grant Shapps that fully vaccinated UK residents would not have to isolate when returning from amber-list countries. A decision on this will be taken next month, although a specific date was not mentioned. It was also unclear how this rule would affect unvaccinated children. With Britain boasting a high vaccination coverage this could prove a reprieve for the tourism industry if the decision is taken in early July.

Cyprus may, understandably, feel hard done by, but the reality is that since the outbreak of the pandemic nothing works rationally any longer. All countries take decisions that do not stand up to rational scrutiny as they experiment with ways of controlling the pandemic. It is trial and error with almost all governments opting for an ultra-cautious approach. Cyprus has fallen victim to this approach by the government of the UK, which provides us with more than 50 per cent of our tourist arrivals, but our government has also erred on the side of excessive caution in its Covid decision-making.

Now that the country has opened up and infections rose to three-digit numbers in the last few days, the member of the scientific advisory team, professor Petros Karayiannis has spoken of the “need for stricter border controls and more random testing at airports”. How would this help our tourism industry? Karayiannis argued that if we failed to control the surge in cases now, there was a danger that Cyprus would enter the red category of countries, which seemed far-fetched although indicative of the excessive fear that has been influencing decisions related to the pandemic.

In the last few days, we have been subjected to a chorus of warnings about the risk of a fourth wave with ministers, officials and epidemiologists urging people to get vaccinated and comply with the safety measures. Why the young are refusing to be vaccinated we cannot say. They cannot all be followers of the Bishop of Morphou, who has been giving anti-vaccine sermons. Perhaps, the fear generated by the authorities has had no effect on the younger generation, or they might be rebelling against the Covid suppression they were subjected to in the last 15 months.

There is Covid-fatigue in all ages of the population, which is why it is rather unrealistic to expect people to keep distances at nightclubs, wedding parties and other social gatherings after months of isolation and repression. Did any of the epidemiologists or the health ministry mandarins actually believe that the creation of clusters could be avoided once the country was opened up and people were given back their freedoms? The surge in cases is probably attributable to the Delta variant and the authorities would do well to stop blaming people for not following the safety measures.

Thankfully, there was a voice of reason among the scientists. The head of the scientific advisory team, Constantinos Tsioutis, said the surge in infections observed at present “should not cause us any surprise”. He explained: “No person, district, festival or event is to blame. We must all understand we have a pandemic.” And when there is a pandemic, there will be surges in infections and the creation of clusters. We have to accept it and get on with our lives regardless, because another lockdown is out of the question, not when we are still hoping a respectable number of tourists will eventually arrive.

All the government can do now, is find smart and effective ways of persuading more people, particularly the younger ones, to get vaccinated. As Tsioutis said, the surge in infections was no surprise once the country opened up. Now there is the possibility that the Delta variant has also reached our shores, but we have to learn to live with it, because another lockdown would be economically and psychologically devastating for the population. The government’s focus now must be the vaccination of more people, and encouraging a little defiance in the face of adversity, which has been completely absent in the last 15 months of project fear.

This unrelenting doom and gloom propagated by the health ministry and its advisors must end. It is bad for our health and our economy.

Tales from the Coffeeshop: Covid Project Fear salesmen are back