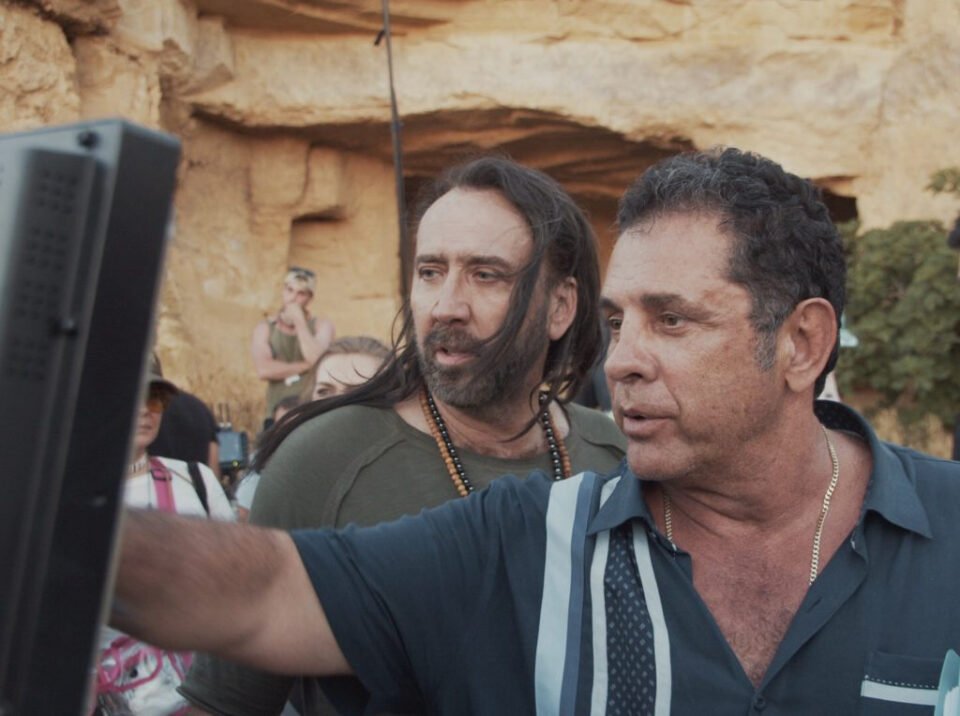 A couple of years ago, I stood in a packed room and looked a childhood idol in the eyes, a man whose movies I still enjoy, and acted like a total d**k, asking: “Mr Cage, how is this movie going to help move your career forward?” It was a cheap shot and I knew it. Cage was in Cyprus to film Jiu Jitsu, that dubious (but still successful) movie that was supposed to usher in a new era of local filmmaking and make Cyprus a hotspot for location shooting.

Cage had received a hero’s welcome on the island, and I wanted to stand out from the masses. I asked him that just to remind everyone how the once Hollywood mega-star was reduced to taking any job to pay off his debts.

But if my question angered him in any way, he didn’t show it. “I don’t see this as a career. I see it as a job. I’m here to do my job”, he answered and when I wrote up the story I said Cage had turned into a cynical has-been, a once promising actor who was now a joke. Now, I’m not so sure.

Cage has been the butt of the joke in the film industry. An actor who is drowning in debt (buying 15 houses and a stolen dinosaur skull aren’t exactly sound fiscal choices) and takes on any role he is offered to make money. But this doesn’t explain the level of effort Cage puts into his movies. While Frank Grillo, who also starred in Jiu Jitsu, was clearly phoning it in, Cage displayed the same level of energy he put in Face/Off or National Treasure. I went back to watch some of the B-movies he made and the same went for all. Nic Cage was Nic Cage in all of them.

Also, if he truly took any role for the money, logic dictates that once he made his comeback and was welcomed back into the Hollywood A-lister circle, he would be more selective with his script choices. After all, actors of that caliber are one bad choice away from obscurity.

And a comeback he had both critically with Mandy, an indy gore-thriller where Cage was praised for his performance, and commercially with the immensely successful Spider-Man: Into the Spider-Verse, where he did voice over for the character Spider Noir.

But did Cage become more selective? Nope. The string of bizarre choices continues as Cage appears to be impervious to bad reviews.

The trailer for his latest movie, Pig, dropped last week. In it Cage plays a truffle forager who lives alone in the mountains and finds truffles using his beloved pet pig. When his pig is stolen, he goes on a murder rampage to get his friend back. This ridiculous premise sounds like something a coked-up movie exec wrote on a napkin and could only star someone like Cage. And Pig follows Willy’s Wonderland, a blatant rip-off of the indie horror game Five Nights at Freddie’s in which Cage plays a janitor who is tasked with taking care of an amusement park filled with possessed animatronics although he doesn’t say a single word.

At this point, Nic Cage is obviously in on the joke but I’m not so sure he wasn’t always. Maybe it is you and I who had it backwards. Maybe, just maybe, Nic Cage never saw acting as a career but as means to pay the bills. Nothing more than a job. One that he is exceptionally good at.

Isaak-Solomou annual motorcycle ride will this year take in Greece