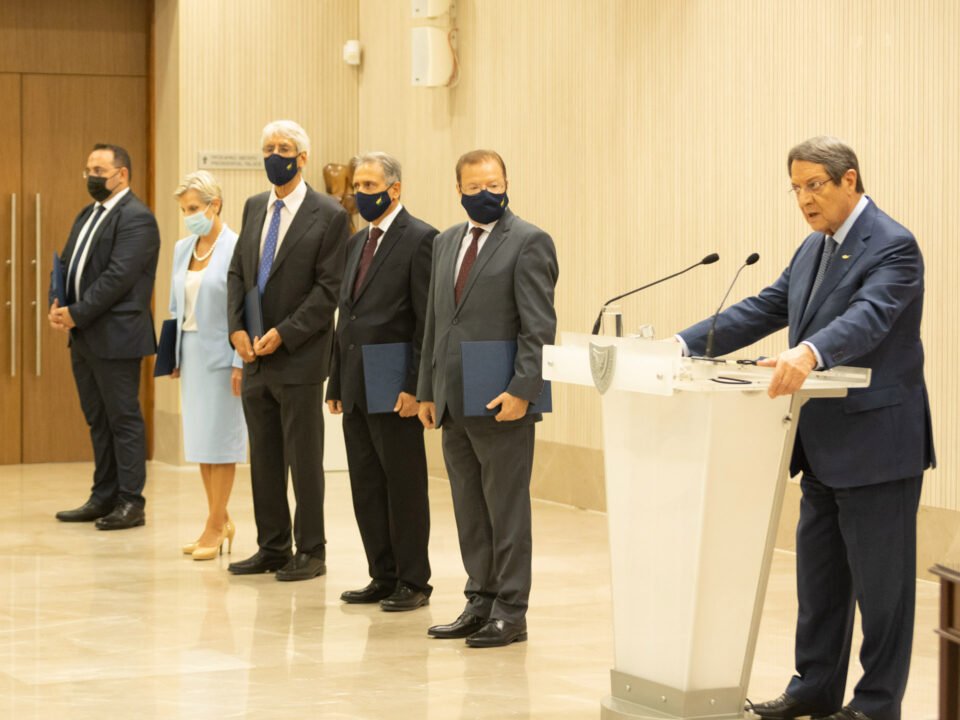 The new public service commission was sworn in on Thursday, with two new faces – former transport minister Vasiliki Anastasiadou as vice president, and Costas Koumis, formerly deputy president of the board of Cyta as member.

Addressing the swearing ceremony at the presidential palace, President Nicos Anastasiades said he was confident the five-member commission, which is responsible for appointments and promotions in the civil service, will act in the public interest, safeguarding meritocracy, fair government, transparency and accountability.

“The creation of a credible system in the public service, far from the policies of the past, was from the beginning a basic pillar of government policy,” the president said.

As part of this effort, the government has submitted to parliament three bills aiming to make the civil service more efficient and to weed out red tape and bad management.

“The aim is to make the civil service a flexible, more effective and better performing mechanism to the benefit of citizens,” he said.

Proposed changes include a new selection system, the introduction of safeguards, improvements in the investigation of disciplinary offences and a new system to evaluate performance to replace the current process under which 99 per cent of civil servants are deemed excellent.

The bills were submitted to parliament in 2019 and the release of EU funds under Cyprus’ recovery and resilience fund are contingent on their approval by December, the president added.

Replying on behalf of the commission, Papageorgiou pledged the members will do the best they can to prove worthy of the task entrusted to them.

Struggling to run in the heat?