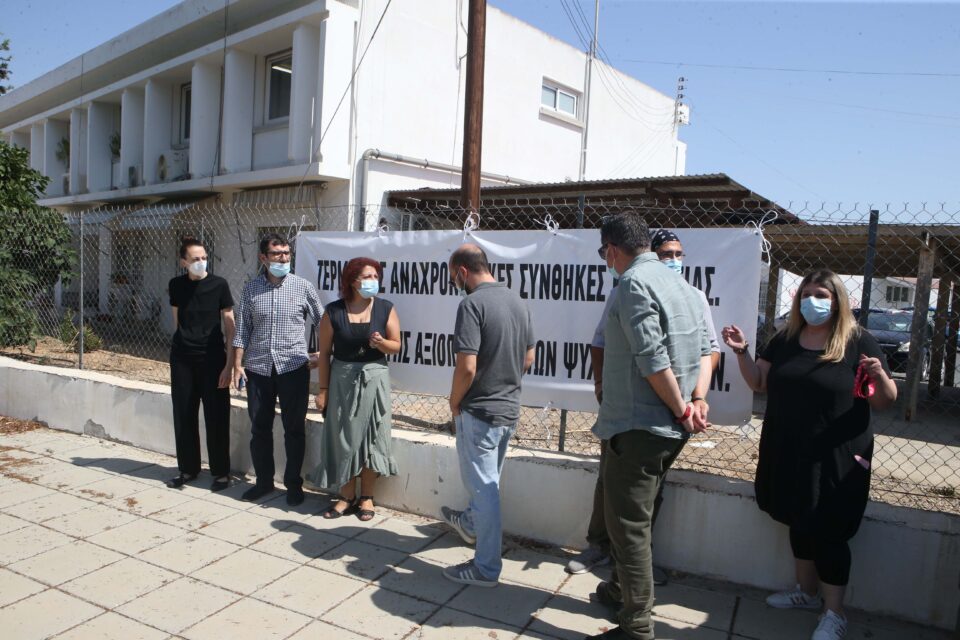 Any time a story about the Athalassa psychiatric hospital in Nicosia is published, it rarely anything positive.

To start with, how many times have we read that staff were being physically attacked by convicts who were being brought to the hospital and left without security while being treated?

The most recent incident involved ceilings caving in when a helicopter flew over, and before that, it concerned an asymptomatic female patient who tested positive for Covid-19 being placed in isolation in what was effectively a cage.

When the government was doing its pandemic planning for hospitals, did it not occur to them that patients in Athalassa – it is a hospital after all – might also catch coronavirus and need to be placed somewhere in a civilised manner?

Eventually they assigned a ward but only after the fact, and it was not like they didn’t have time to plan as the incident happened last November, ten months into the pandemic.

The health services have been racing around to protect the vulnerable from Covid.  Are the patients in Athalassa not considered a vulnerable group to be taken care of in the same way, or even more so due to their fragile mental health?

This week, doctors from the facility staged a short work stoppage to protest the ongoing problems at the hospital, saying that the health service Gesy had left Athalassa and its patients behind.

It’s not difficult to disagree with them even though doctors and nurses are usually out protesting their own working conditions rather than the conditions of their patients, so doubtless the protest was not an entirely selfless act of altruism.

Either way, when it comes to Athalassa they have a point. It sounds like a hellhole to work in due to the lack of proper infrastructure. Overcrowding and understaffing has made it a nightmare for both patients and staff.

While we’re daily counting the number of Covid patients in each hospital and planning to make sure they’re not overwhelmed through using lockdowns and restrictions, Athalassa is currently at 130 per cent of its capacity.

The doctors’ union says it is in dire need of a general practitioner, pharmacist and a social worker and according to them, there also is no infrastructures to support patients after treatment. We know there is a new hospital on the way but in the meantime, there is no reason why things could not be improved.

The government is caught up, seemingly with plenty of money to throw around, for the ‘Cyprus Tomorrow’ project involving shiny new green deals and digital transformations, which are ostensibly designed to improve people’s lives in the long term.

This is all well and good, but they seem to have forgotten there are some sections of society that need help in the here and now.