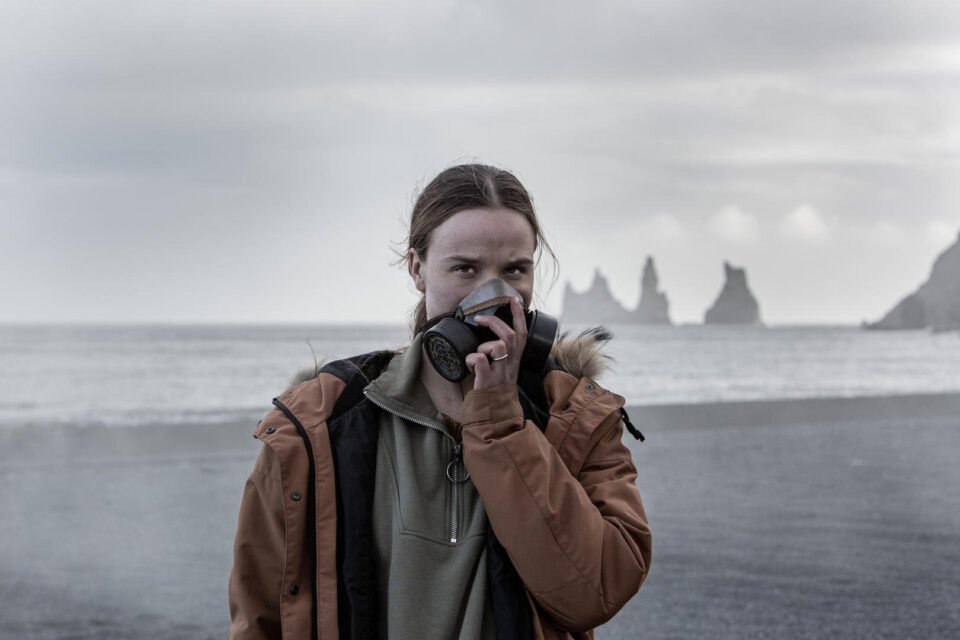 Maybe the greatest victory the US ever achieved is the almost total dominance of the entertainment industry. Most of the content coming to our screens comes from Hollywood, and is a major factor in pushing western culture (and let’s be honest, products) to the rest of the world.

But this is slowly changing. While the Mecca of Asian filmmaking, Bollywood, is mainly concerned with producing content for India, other countries have upgraded their production game giving us TV shows that can easily stand toe-to-toe with US-led productions. Here are our suggestions for shows to watch on Netflix with the subtitles:

This supernatural noir slow burner takes place in the real-life village of Vik in rural Iceland. The residents of Vik are a hard folk who live constantly under the threat of a nearby subterranean volcano called Katla, which last erupted a century ago. Their life is once more disturbed when an ash-caked woman climbs out the volcano. A scientist is called in from capital Reykjavik to investigate, slowly learning that ash and molten lava is not the most dangerous thing that comes out of Katla.

An unexpectedly massive hit for the streaming behemoth, Lupin stars the incredibly talented Omar Sy as a lowly criminal who decides to enter the glamorous world of art theft by following in the footsteps of Arsene Lupin, a fictional character. According to Netflix, Lupin was the most watched non-English series on the streaming platform and a second season has recently landed. Lupin fires on all cylinders, being both a great crime drama and allowing viewers to identify with the struggle of the protagonist.

Maybe the greatest success for Money Heist, or La Casa de Papel, is opening the floodgate for Spanish creators to pitch ideas for shows and movies. Elite is one of those, a teen drama that takes place in an exclusive private school. But don’t be fooled. While all the teen drama tropes are present (sexual frustration, hurtful gossip, identity crises and rebelling against authority) Elite is much darker and closer to the Archie reimaging in Riverdale rather than the more lighthearted Mean Girls. A smash hit with younger audiences, Elite is a great choice for those looking to start a dive into Spanish speaking content.

A time-travelling paradox TV series, Dark is so convoluted with its timelines and narrative, that it makes Chris Nolan’s Memento look as complicated as a one-box crossword puzzle. I am not overselling this. At some point, you will catch yourself mumbling “what is happening here?!” as the show makes no effort to dumb the plot down.

Dark tells the story of four families and their relationship through time. Following the disappearance of a boy in a small town, a group of teenagers team up to solve the mystery only to find a wormhole in a nearby cave, that had allowed members of their four families to time travel and create multiple timelines. This is a highly recommended series although there is a good chance it will finish with you arguing with strangers on a reddit board.

Barbarians tells a story German people are taught when they attend school: The tale of Arminius, a German villager who was taken as a slave by the Romans, rose up through their military ranks, and ended up betraying them when it came to fighting against his own people. Arminius deserted the Roman legions and joined his barbarian brethren, defeating a vastly larger army in the now legendary Battle of Teutorburg Forest.

While this is undoubtedly a great story, it came around following an avalanche of controversy. The battle has along been a rallying point of the German far-right, with schools in Germany even considering stopping teaching it so as to not bolster their ranks. Barbarians creators took issue with this approach, attempting to reclaim this story from the far-right. Did they succeed? Did it backfire? Watch this series and decide for yourself!