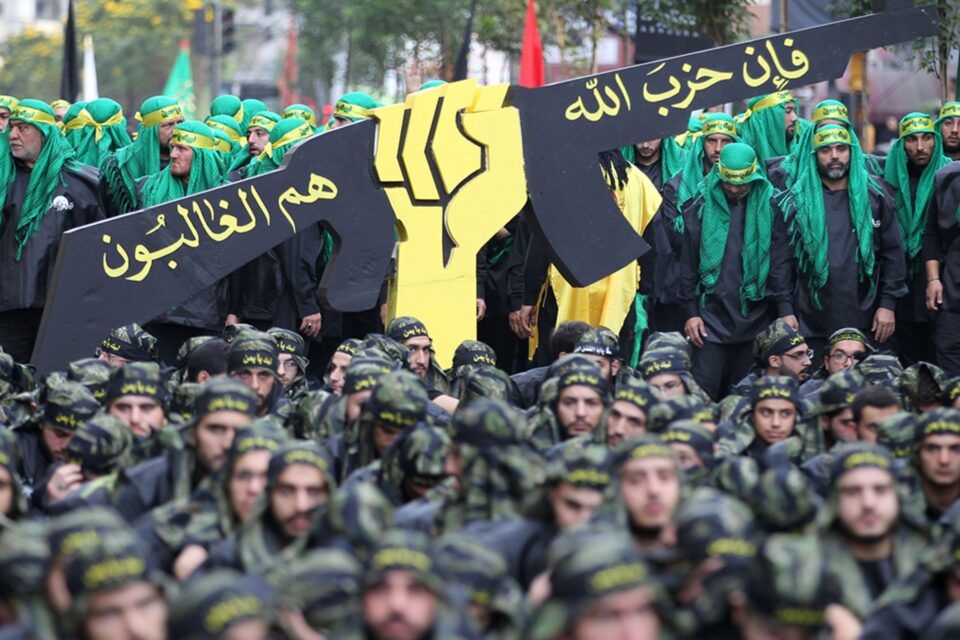 The Iran-backed militia group Hezbollah has done everything it can do to create a parallel state in Lebanon.  A ‘state within a state,’ many call it.

The Lebanese political class has still failed to form a government after 10 months, and the ensuing political vacuum has given room to Hezbollah to demonstrate its abilities in managing the country through its apparently well-developed social network, says a report released in May from Global Risk Insights.

“Hezbollah is today the strongest political party in Lebanon, it is the only party with its own military force and it forms with its allies a parliamentary and ministerial majority.

This position allows Hezbollah to control the economy in Lebanon as much as the country’s politics,” explains Jessy Trad Kastoun, senior Economics expert and head of Business News at Lebanon’s Murr television.

You may also want to read: Lebanon is ‘days away’ from social explosion, PM Diab warns

For almost every public institution in Lebanon, Hezbollah has another that provides the same service to the party supporters: their own security forces, their own banking system called “Al Kard al hassan,” their own social security and their own hospitals. In that regard Hezbollah has been weighing on the Lebanese economy.

The parallel banking system, for example,  operates when the official banks cannot, according to the report. When traditional banks shut their doors and froze dollar accounts, Hezbollah was able to supply hard currency through its parallel banking system.  The Al-Qard al-Hasan Association, literally the “benevolent loan,” is managed as a charity, but, in fact, it can be considered a banking system for all intents and purposes.

Nasrallah, Hezbollah’s leader, has encouraged depositing the money at Al-Qard al-Hasan claiming that the bank had already provided $3.7 billion in loans to some 1.8 million people. He depicted the association as rock-solid, declaring that the Party’s supporters, who deposited money at the al-Qard al-Hasan, managed to keep their money when banks claimed that they were unable to pay their depositors in dollars.

To access the loans of the Association, customers must be sponsored by a depositor or must mortgage an amount of gold that exceeds the value of the requested loan. At the end of October 2020, the Al-Qard al-Hasan Association began providing three new services. It equipped its branches with ATMs for its clients to withdraw dollars whenever they need, it started buying and selling gold for dollars, and it began providing gold storage for a small fee.

Kastoun points out in an interview with the Cyprus Mail that “it is well- known that Hezbollah has tightened its grip on strategic Lebanese infrastructure such as the border controls, the port, the airport and the telecom sector making it possible to have its own  trading channels, and through which it is also engaging in smuggling. This creates a personalised economy within the national economy, causing billions of dollars in revenue losses for the government.”

Hezbollah is thus able to import goods through the airport and the ports free of tax. The group uses the pretext that these materials are for “resistance purposes.” Authorities turn a blind eye, Kastoun says.

Complaints from business people about competing products on the market that appear at below-cost have become rampant. These products, says Kastoun, are sourced by Hezbollah.

Toni, 54 years old has been importing flowers to Lebanon for 30 years. He is in wholesale. Five years ago he found that he could not keep up with the competition. “Things got aggressive,” he told Cyprus Mail, on condition of anonymity.

“Hezbollah is looking after the interests of its own people at the expense of Lebanese economy. I used to import roses for, say, the price of 20 cents.  With all taxes paid, it is almost impossible to go below that.

Five years ago, a person from Hezbollah started importing for 15 cents. I was about to close down my business, but instead I decided to start buying from him. He imports tax free. It is insane but is happening. How I do not know!” Tony complains.

“Donations to Hezbollah are a form of funding to the group that has now dedicated schools, hospitals, bank and trading institutions better established then the public national Lebanese institutions” Kastoun explains.

These donations are usually made by wealthy Shia businesspeople who operate under the wing of Hezbollah in Latin America and Africa in various illegal trades, including drugs, she adds.

The US Counter- Narcoterrorism Operations Center announced in January 2020 that Hezbollah was one of 25 foreign terrorist organisations that are involved in the drug trade.

Hezbollah is also one of the main parties involved in the Syrian civil war since 2011, and this has also had an impact on the Lebanese economy. The Iran-backed militia has used Lebanon as platform to break the embargo on Syria, Kastoun continues.

“At the borders with Syria and since the start of the war, Hezbollah has ensured a secure route for gasoline, food, and dollars from Lebanon to Syria.

The ongoing smuggling of gasoline and diesel is estimated to total about $10 billion from 2011 until the end of 2019, and these funds have led to a larger balance of payments deficit. This has aggravated the foreign exchange crisis in Lebanon.

Kastoun believes that the current collapse does fall in the best interest of Hezbollah as which is being funded by Iran in US dollars. “This means that the Hezbollah community will not endure the economic hardship that many others are going through in Lebanon. But then again, for militia like Hezbollah, a poorer population is easier to control” she concludes.