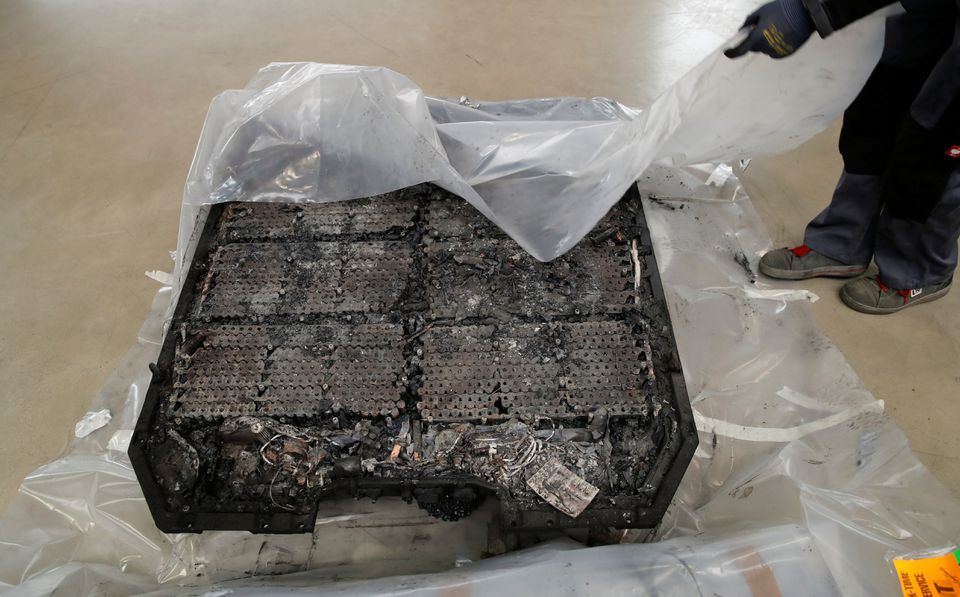 Researchers in Britain and the United States have found ways to recycle electric vehicle batteries that can drastically cut costs and carbon emissions, shoring up sustainable supplies for an expected surge in demand.

The techniques, which involve retrieving parts of the battery so they can be reused, would help the auto industry tackle criticism that even though EVs reduce emissions over their lifetime, they start out with a heavy carbon footprint of mined materials.

As national governments and regions race to secure supplies for an expected acceleration in EV demand, the breakthroughs could make valuable supplies of materials such as cobalt and nickel go further. They would also reduce dependence on China and difficult mining jurisdictions.

“We can’t recycle complex products like batteries the way we recycle other metals. Shredding, mixing up the components of a battery and pyrometallurgy destroy value,” Gavin Harper, a research fellow at the government-backed Faraday Institution in Britain, said.

Pyrometallurgy refers to the extraction of metals using high heat in blast furnaces, which analysts say is not economic.

Current recycling methods also rely on shredding the batteries into very small pieces, known as black mass, which is then processed into metals such as cobalt and nickel.

A switch to a practice known as direct recycling, which would preserve components such as the cathode and anode, could drastically reduce energy waste and manufacturing costs.

Researchers from the University of Leicester and the University of Birmingham working on the Faraday Institution’s ReLib project have found a way to use ultrasonic waves to recycle the cathode and anode without shredding and have applied for a patent.

The technology recovers the cathode powder made up of cobalt, nickel and manganese from the aluminium sheet, to which it is glued in the battery manufacture. The anode powder, which would typically be graphite, is separated from the copper sheet.

Andy Abbott, a professor of physical chemistry at the University of Leicester said separation using ultrasonic waves would result in cost savings of 60 per cent compared with the cost of virgin material.

Compared with more conventional technology, based on hydrometallurgy, which uses liquids, such as sulphuric acid and water to extract materials, he said ultrasonic technology can process 100 times more battery material over the same period.

Abbott’s team has separated battery cells manually to test the process, but ReLib is working on a project to use robots to separate batteries and packs more efficiently.

As supplies and scrap levels take time to accrue, Abbott said he expected the technology to initially use scrap from battery manufacturing facilities as the feedstock and the recycled material would be fed back into battery production.

In the United States, a government-sponsored project at the Department of Energy called ReCell is in the final stages of demonstrating different, but also promising recycling technologies that refurbish battery cathode to make it into new cathode.

ReCell, headed by Jeff Spangenberger, has studied many different methods, including ultrasonics, but focused on thermal and solvent based methods.

“The US doesn’t make much cathode domestically, so if we use hydrometallurgy or pyrometallurgy we have to send the recycled materials to other countries to be turned into cathode and shipped back to us,” Spangenberger said.

“To make lithium-ion battery recycling profitable, without requiring a disposal fee to consumers, and to encourage growth in the recycling industry, new methods that generate higher profit margins for recyclers need to be developed.”

There are challenges for direct recycling, including continuously evolving chemistries, Spangenberger said. “ReCell is working on separating different cathode chemistries.”

Early electric vehicle battery cells typically used a cathode with equal amounts of nickel, manganese, cobalt or 1-1-1. This has changed in recent years as manufacturers seek to reduce costs and cathode chemistries can be 5-3-2, 6-2-2 or 8-1-1.

The approach at Faraday’s ReLib project is to blend recycled with virgin material to get the required ratios of nickel, manganese and cobalt.