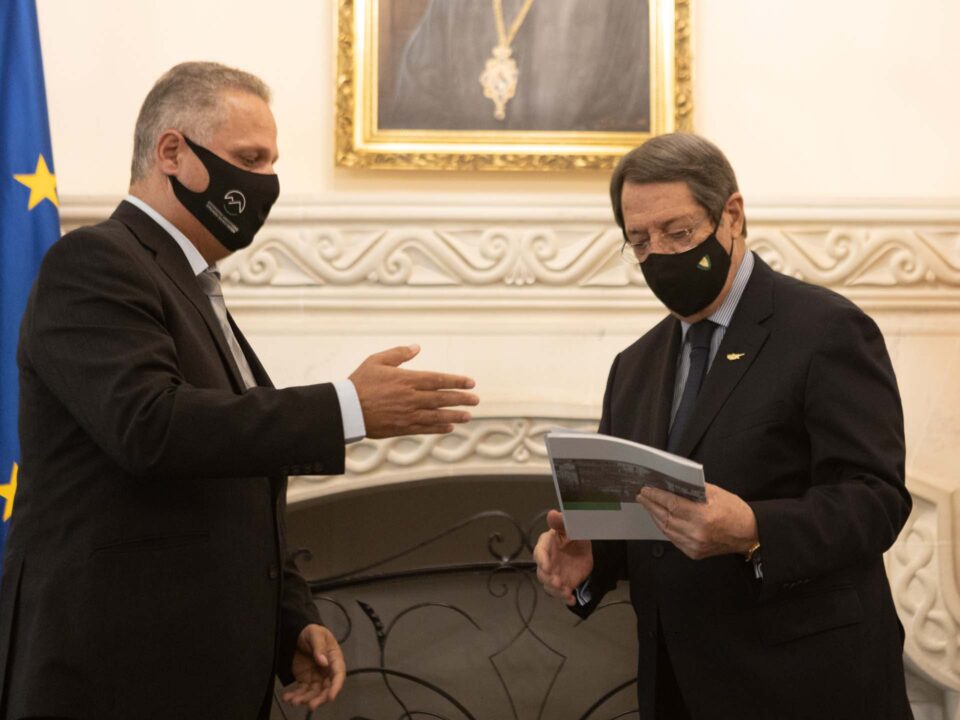 The recent fires have strengthened the government’s determination to create a comprehensive plan including disasters, President Nicos Anastasiades said on Tuesday while receiving the annual report from the Commissioner for the development of mountain communities Costas Hambiaouris.

Presenting the annual report to the president, Hambiaouris said it included in detail the actions “on how we are moving forward with key priorities that we have set and that must be implemented immediately.”

He added they were “on a very good path” and that announcements made over time concerning mountain communities were being implemented one after the other.

A very good preparation has been made for all the actions, Hambiaouris said, adding that they will start presenting the projects.

Hambiaouris thanked Anastasiades for his support and said he was excited by recent developments citing the president’s instructions to extend the national strategy to Paphos and Larnaca. A tender was announced last week for these areas, he said.

The commissioner said all this would be “put under the microscope” so that there is a holistic approach to the sustainable development of both the area affected by last weekend’s fires and the mountainous Paphos areas.

“We do our best to support our mountain communities,” Hambiaouris said.

The president said that the tragic events of recent days, would not deter the government but rather strengthen it to work on a comprehensive plan, taking into account disasters. He was referring to the fires in the mountain areas of Limassol and Larnaca that killed four people and burned around 55 square kilometres of private properties and forest, with the damage estimated to reach millions.

“The government will stand by the mountain communities,” the president said.

He added that the government would support the communities that have been affected as well as all the mountain areas, with the new housing policy covering around 386 communities. He said there were schemes to promote entrepreneurship in the mountain areas and a lot of other actions launched.

In addition to the national strategy for Troodos, he said, which is a pilot scheme for the region, the commissioner’s office is forging ahead with Paphos, especially the area of Polis and Tillyria, and at the same time with the government’s plans for the mountain area of Larnaca.