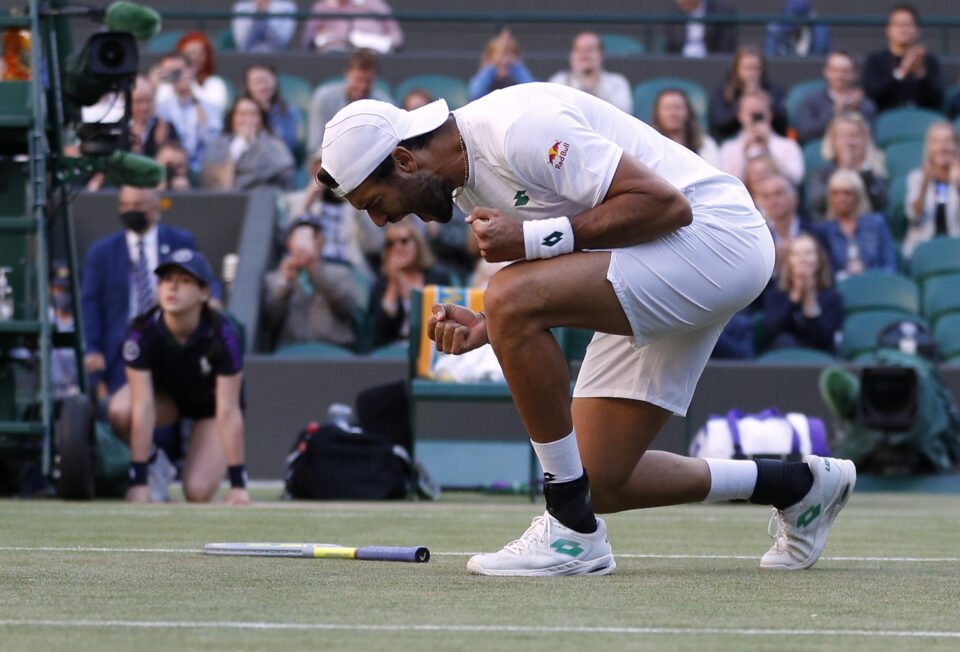 Matteo Berrettini became only the second Italian man to reach the Wimbledon semi-finals after powering past Canada’s Felix Auger-Aliassime 6-3 5-7 7-5 6-3 on Wednesday.

The big-serving seventh seed has flown somewhat under the radar throughout the Championships, but is now eyeing a place in Sunday’s final after an impressive display.

In truth, the 25-year-old could have claimed a fourth successive straight-sets win but for an impressive counter-attack by 20-year-old Auger-Aliassime in the second set.

But his mighty first serve, scorching the No.1 Court turf at an average of 127mph, and a thunderous forehand eventually helped Berrettini overwhelm the Canadian 16th seed.

In his second Grand Slam semi-final, following a run to the last four at the 2019 U.S. Open, Berrettini will face Poland’s Hubert Hurkacz who took out eight-times champion Roger Federer.

Victory would see him contest the Wimbledon final on the same day that Italy play in the Euro 2020 soccer final a few miles down the road at Wembley.

The only other Italian man to reach the last four at Wimbledon was Nicola Pietrangeli in 1960.