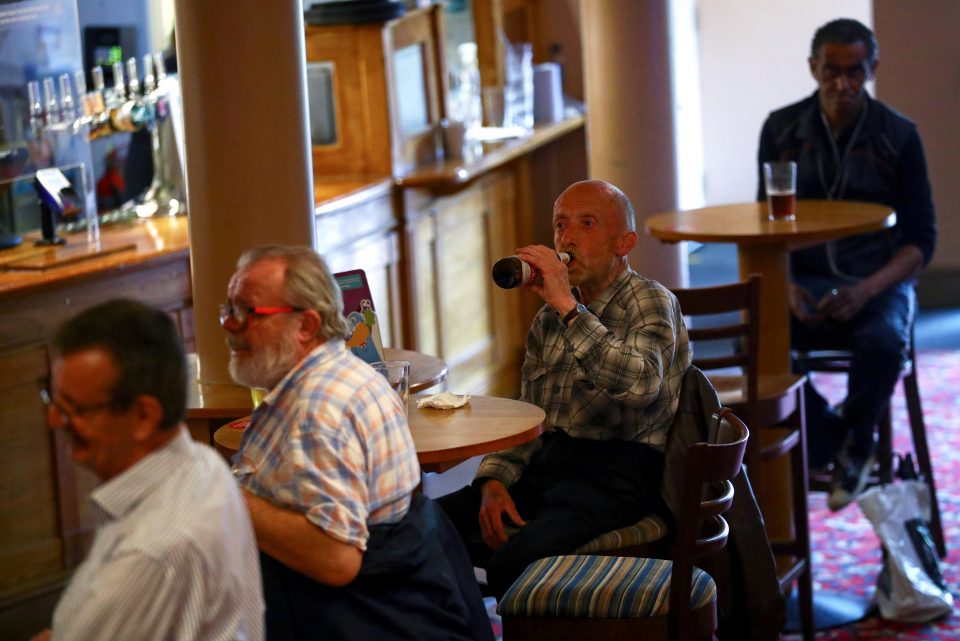 By Costas Pitas and Alistair Smout

British Prime Minister Boris Johnson urged people on Monday to show caution when nearly all remaining COVID-19 restrictions are lifted in England next week, saying an increase in cases underlined that the pandemic was by no means over.

England will from July 19 be the first nation in Britain to lift the legal requirement to wear masks and for people to socially distance. The government says Britain’s vaccination drive – one of the world’s fastest – has largely broken the link between infections and serious illness or death.

But what was once billed as “freedom day” is now being treated with wariness by ministers after a new surge in cases and fears that there could be as many as 100,000 new infections a day over the summer.

Johnson set a sombre tone, defending his decision to lift most of the remaining restrictions by saying the four conditions the government set itself had been met, but also warning the country that more people would die from the coronavirus.

“We think now is the right moment to proceed…But it is absolutely vital that we proceed now with caution and I cannot say this powerfully or emphatically enough – this pandemic is not over,” he told a press conference.

“To take these steps we must be cautious and must be vaccinated,” he said, adding that England would see “more hospitalisations and more deaths from COVID”.

Johnson added: “I generally urge everyone to keep thinking of others and to consider the risks.”

Earlier, health minister Sajid Javid told parliament that people should still wear masks in crowded areas like on public transport and should only gradually move back to the workplace, and that the government would encourage businesses holding mass events to use health certification as a way to open up.

Business welcomed the move, but also called on the government to offer clearer guidance. Claire Walker, co-executive director of the British Chambers of Commerce, said companies still did not have the full picture they needed.

“Business leaders aren’t public health experts and cannot be expected to know how best to operate when confusing and sometimes contradictory advice is coming from official sources,” she said.

After 18 months of pandemic, governments around the world have been wrestling with how and when to reopen their economies.

Dutch Prime Minister Mark Rutte conceded on Monday that coronavirus restrictions had been lifted in the Netherlands too soon and he apologised as infections surged to their highest levels of the year.

Britain has implemented one of the world’s swiftest vaccination programmes, with more than 87% of adults having received at least one dose of a COVID-19 vaccine and 66% having received two.

The Conservative government argues that the fact that deaths and hospital admissions remain far lower than before, even though cases have risen sharply, is proof that the vaccines are saving lives and it is now safer to open up.

But the surge in infections to rates unseen since the winter has raised concern, with some epidemiologists saying the Euro soccer championships might have helped fuel the rise.

Britain, which ranks 20th in the world for per-capita reported deaths from COVID-19, on Monday reported a further 34,471 COVID-19 cases, up 26% in a week, and six additional deaths within 28 days of a positive test.

London’s Wembley Stadium hosted the Euro 2020 final on Sunday between England and Italy. Large crowds gathered in London, including around the stadium, and there were reports that some had gained entry to the match without tickets to join the more than 60,000 who had them – much to the dismay of the World Health Organization.

“Am I supposed to be enjoying watching transmission happening in front of my eyes?” WHO epidemiologist Maria Van Kerkhove tweeted in the late stages of the match.

“The #COVID19 pandemic is not taking a break tonight … #SARSCoV2 #DeltaVariant will take advantage of unvaccinated people, in crowded settings, unmasked, screaming/shouting/singing. Devastating.”

Countdown to kick-off: the rise of Lusail, Qatar’s $45B megacity

No indication Danish mall shooting was ‘act of terror’ – police