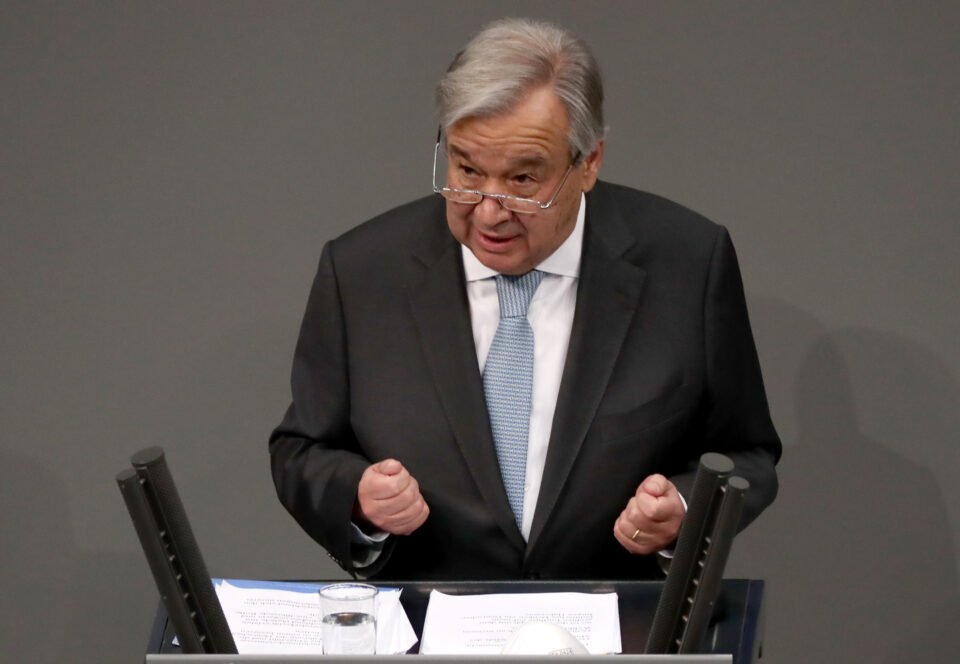 The report on the Good Offices Mission of the UN Secretary-General was circulated at the UN in New York on Friday, giving a run-down of the current situation since the last reporting period six months ago.

The document is a wishy-washy feat of diplomatic fence-sitting at a time when the future of Varosha, and by extension the talks themselves, are in jeopardy.

It seems President Anastasiades agrees. On Sunday he said he would have liked to see more clarity from Antonio Guterres on the issue of Varosha, especially since we’re only ten days or so away from the visit by the Turkish president, who is ploughing ahead with the opening of the ghost town.

Anastasaides said that though Guterres makes references to Varosha, the UN needs to end “this diplomatic way of referring to unacceptable events, which, unfortunately, often allows them to be perceived as tolerance [by the Turkish side]”.

We don’t always agree with the president’s handling of the Cyprus issue but in this instance he is correct. Guterres, in his report pointed out in a newsy way that the Turkish side had publicly declared its intention to develop Varosha and that these statements had “triggered objections” from the Greek Cypriot side.

But he limited his own response to saying the UN was watching, that he was concerned, and he stressed the importance of adhering to UN resolutions on Varosha, all of which will no doubt leave Tayyip Erdogan shaking in his boots.

Guterres also spoke of Cyprob fatigue within the two communities. Reading between the lines, as you must with UN terminology, it seemed as if the UN was also fatigued but continues to be trapped by its own resolutions and must soldier on despite the brick wall it is up against.

If ever a report was just going through the motions, it was this. The UN chief failed to make any suggestions at all for how things could move forward. He merely laid out the well-known gap between the positions of the two sides and called on the leaders yet again to address matters of concern between them in “an open and constructive manner”.

That should put a fire under them then.

He did leave them with a polite warning that “interested parties need to recognise that, without decisive action now, continuing dynamics in and around Cyprus could render future efforts to reach a mutually agreeable settlement to the Cyprus issue unattainable.”

Even that is not a new or unique warning.

If the UN is going to continue to sit on the fence and wait for the two sides ‘with the huge gap in positions’ to come up with a common vision for the resumption of negotiations, then the UN itself has become part of the problem and a facilitator of the status quo.

It’s almost as if they’ve quietly washed their hands of the whole thing and are sitting it out hoping enough faits accomplis on the ground will solve the Cyprus issue in the not-too-distant future.

In some ways it’s hard to blame them.

Coronavirus: Some businesses prefer to close than be SafePass police