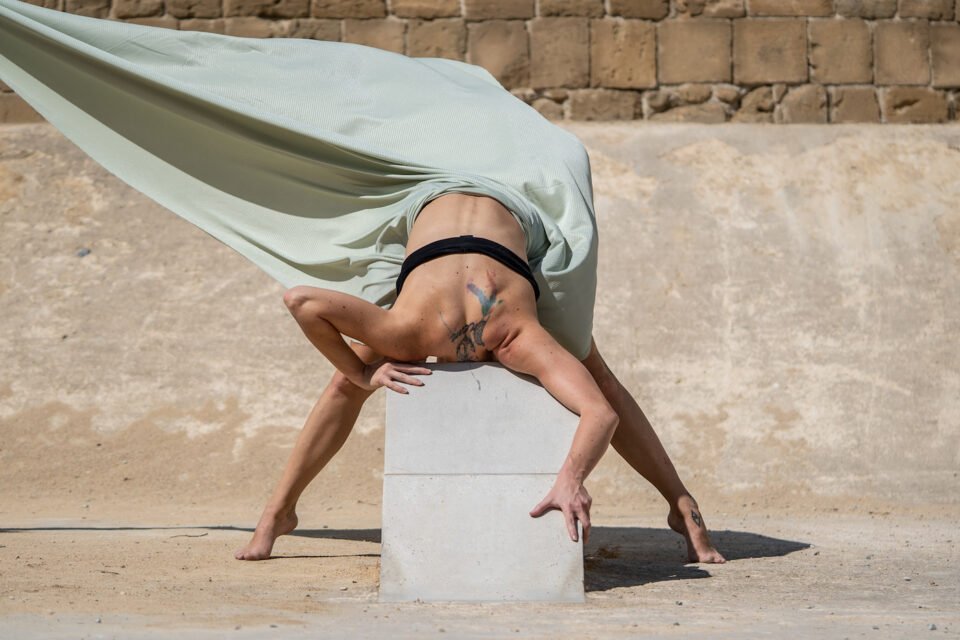 Choreographers and dancers based in Cyprus will present performances at public venues in Limassol town centre as part of the 18th Summer Dance Festival. The festival will launch on July 24 with free entrance to all performances, running until the end of the month. For eight days and nights, audiences will have the opportunity to walk around Limassol, interact with artists and their work in special and unique ways.

On July 25, 27 and 30, Areti Chourdaki will present the performance titled E|C|H|G|O. Talking about her creation the artist said: “I wonder how my body shifts from the organic to the urban; when they erase each other and how far the frenzy of the crowd swallows up the familiar in order to ponder on various environmental problems of the present.” The performance will take place at Molos Promenade between 5.30pm and 8.30pm.

On July 24, 27 and 29, A Walk in the Park by Diamanto Hadjiacharia will begin from Molos and end at the Molos Amphitheatre between 7pm and 7.45pm. This piece is inspired by the instability of the performers’ world. It demonstrates the significance of movement as a survival mechanism when restricted, and communicates the need for development regardless of any occurring difficulties.

Εleana Charalambous’ Roots focuses on our deep connection to tradition and culture on the island, just like the invisible roots of a tree that are always there even if sometimes they are ignored. Traditional Cypriot dances, as they evolved through the years, become the inspiration for a combination with contemporary dance, to showcase their similarities and differences but also the complexity that surrounds the art of dance. Her piece will be featured at the Municipal Gardens on July 25, 28 and 31 at 6.30pm.

Julia Anna Brendle’s Inference deals with two people after a pandemic where “our home was our castle, the background of our camera vision the others’ reality, our thoughts running faster and more intense than usual because we were the only ones hearing them. How do we encounter people again? What do we talk about? How do we socialise? How do we touch? What did we miss?”

Two dancers from two different countries meet after a separate rehearsal process in which they dealt with the same questions in the same timeframe. The spectator becomes part of this encounter which was originally planned to be a virtual one. Witnessing the answers, they gave separately merging into one dialogue that became physical, Julia’s act will be presented at Castle Square at 9pm on July 25, 27 and 30.

In between that performance, Ftima Glima by Maria Kasapi will take place at the Bridge of the Old Port square on July 24, 25 and 26 and revolves around Man as a social being. “The human being participates in social groups,” explains the artist. “The human being interacts and is dependent on the group. Does the group interact and depend upon the human being?”

The final piece of the festival will run the longest. Alone with Others by Milena Ugren Koulas is based on a one-to-one session of dance improvisation that Milena has developed in the last couple of years. In 90 minutes of movement practice, Ugren focuses completely on the personal development of a dancer by guiding them to translate their emotions in the present moment into movement expression. Through personal directed instructions and the offered toolbox Alone With Others, performative practice enriches the vocabulary of movement and strengthens the confidence and performance quality of a participant.

Catch it at NEME Gallery between July 20-24 and July 27-31 at 8pm for the performance open to the public. Professional dancers are invited to an improvisation one to one session on those days between 5.30pm and 7.30pm, given that they pre-book at 99-386168.

“The Summer Dance Festival is an important institution both for the professional dance community and the city of Limassol,” say festival organisers. “This festival is an excellent opportunity to highlight the culture that the dance community has to offer, both for residents and visitors of Limassol. In addition, the structure of the festival enhances the sense of community, while offering a way to see and get to know the city through a different prism.”