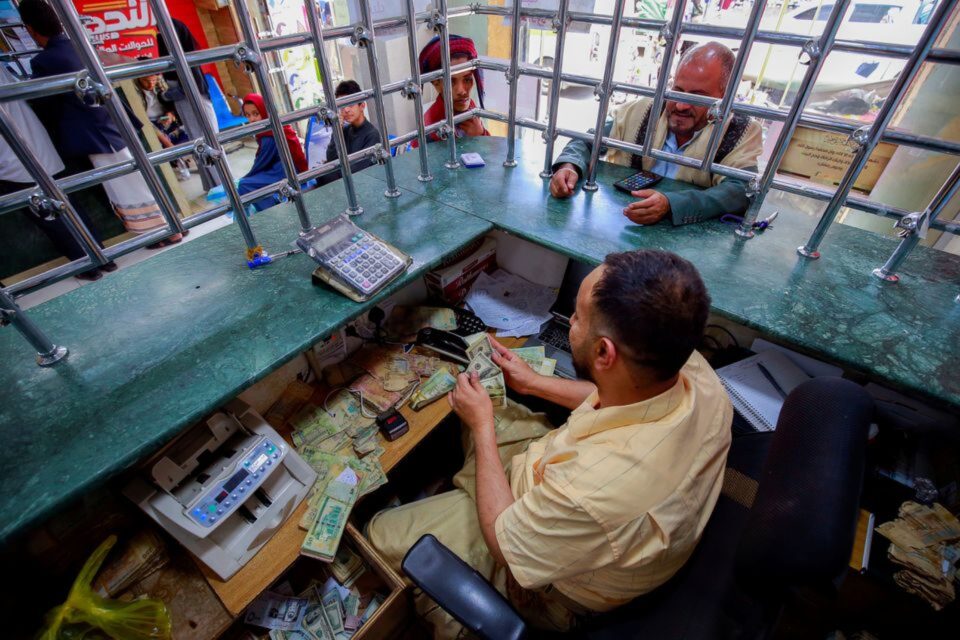 Fighting in Yemen may have reached a bloody stalemate but away from the north-south frontline a battle between rival central banks has splintered the currency and helped send prices soaring.

Spiralling inflation has compounded the misery in a country where most of the 29 million people rely on aid to stay alive.

Yemen’s economy was fragile even before the war erupted in 2014, but the International Monetary Fund now describes it as facing “an acute economic and humanitarian crisis”.

Yemen is split between an internationally recognised government in the south, backed by a Saudi-led military coalition, and the Iran-aligned Houthi movement that controls most of the north and the main port of Hodeidah on the Red Sea.

Each side also has a central bank with opposing policies.

The Aden central bank, which has access to international financial markets, has increasingly turned to printing new currency notes to cover the government’s deficit and pay public sector wages, especially those of security and military forces.

That has inevitably sparked criticism in the north, where only the increasingly tattered old riyal notes are accepted.

“Aden’s central bank has signed contracts with private companies to print YER 5.32 trillion over the last six years,” said Hashim Ismail, governor of the central bank in the northern capital Sanaa. “We can fairly say that it is three times what Sanaa central bank printed in 60 years.”

The result is that even Yemen’s exchange rate is split. The rate for the new notes in Aden hit YER 1,000 to the dollar this week. In Houthi-held Sanaa, the rate was about YER 600.

Aden central bank, which did not respond to several requests for comment, has sought to shore up the weakening currency by doubling interest rates last year and warning foreign exchange houses against exceeding the official exchange rate of YER 580.

The Aden government said on Tuesday it had “full confidence” that Saudi Arabia would intervene before the economy collapsed.

President Abd-Rabu Mansour Hadi, whose government was ousted from Sanaa by the Houthis in late 2014, moved the central bank to Aden in 2016. He accused the Houthis of squandering $4 billion of bank reserves on the war. The Houthis say the funds were used to finance food and medicine imports.

Rafat Al-Akhali a fellow of practice at Oxford’s Blavatnik School of Government, said the northern exchange rate was kept artificially strong. “The exchange rate is maintained through suppressing demand and completely controlling supply,” he said.

He said the government in the south “continues to use questionable processes in payment of public salaries with no clear payroll for military and security forces.”

The IMF and the United Nations has tried since 2018 without success to reunite the central banks as part of wider stalled efforts to end the war.

Hadi’s government accuses the Houthis of diverting port revenues from Hodeidah, the main entry for Yemen’s commercial and aid flows. The Houthis want the coalition to lift the blockade before agreeing to any renewed peace talks.

With the Muslim holiday Eid al-Adha approaching in July, supermarkets in Aden have tried to lure customers in with offers on imported items. But many people cannot afford even basics.

“Our situation in Aden has deteriorated so much,” said Oum Ahmed Nabeel, a government employee in the southern port city.

Meanwhile, Yemenis who have to send money across the frontline face costs that can amount to almost 60 per cent of the value of the transaction because of the different exchange rates and associated transfer fees. “It is unfair,” said Mohammed Ahmed al-Hadhari, manager of a Sanaa money exchange agency.