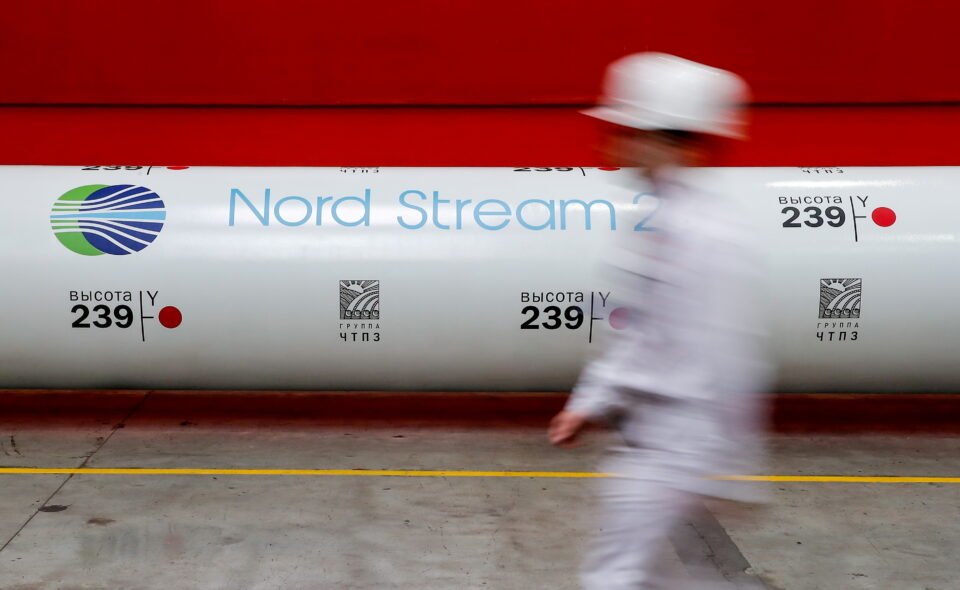 President Joe Biden and German Chancellor Angela Merkel failed to settle their dispute over Russia’s Nord Stream 2 natural gas pipeline but said they agreed that Moscow must not be allowed to use energy as a weapon to coerce its neighbors.

“Good friends can disagree,” Biden told reporters after two meetings with Merkel at the White House, adding that both leaders had asked their teams to look at practical measures they could take together if Russia’s actions posed a threat.

Merkel said Russia could face EU sanctions if it violated its agreement to continue shipping gas supplies through Ukraine.

Biden said he expressed his long-standing concerns to Merkel about the $11 billion pipeline, which would deliver gas from the Arctic to Germany via the Baltic Sea, bypassing Ukraine and depriving it of valuable transit fees.

Washington is pressing Germany to find ways to ensure that Russia cannot use the pipeline, which is 98% complete, to harm Ukraine or other allies in Eastern Europe. The project is led by Russian state energy company Gazprom and its Western partners.

U.S. and German officials have been working to hammer out a solution that would stave off the resumption of currently waived U.S. sanctions, but it became clear this week that no deal would be ready in time for the Biden-Merkel meeting.

The Biden administration concluded in May that Nord Stream 2 AG, the company behind the project, and its chief executive engaged in sanctionable behavior. But Biden waived the sanctions to allow time to work out a deal and continue rebuilding ties with Germany that were badly frayed during former President Donald Trump’s administration.

The president is under intense pressure from U.S. lawmakers to halt the waiver and impose the sanctions. Republican Senator Ted Cruz said on Twitter that he is holding up Biden’s nominees for ambassador posts until the sanctions are put in place.

Biden defended his decision to hold off on sanctions since the pipeline is nearly complete, but said he and Merkel are “absolutely united in our conviction that Russia must not be allowed to use energy as a weapon to coerce or threaten its neighbors.”

Merkel told reporters that Germany, Europe’s biggest economy, and the United States had different views on the project. But she insisted that Ukraine must remain a transit country and Berlin would “actively” respond if Russia did not respect Ukraine’s sovereign rights.

Asked to elaborate, Merkel said the European Union had “a number of instruments” it could use, including sanctions, if Russia cut off natural gas shipments through Ukraine.

Biden said both leaders agreed to continue to support the sovereignty and territorial integrity of Ukraine.

They also agreed to collaborate to accelerate moves to tackle the climate crisis in emerging economies, including through investments in Central and Eastern Europe.

A joint statement singled out investments aimed at supporting Ukraine’s energy transformation, energy efficiency and energy security. The move could factor into an eventual agreement, expected before August, to end the threat of U.S. sanctions over Nord Stream 2.

Responsibility for refugees must be shared EU wide