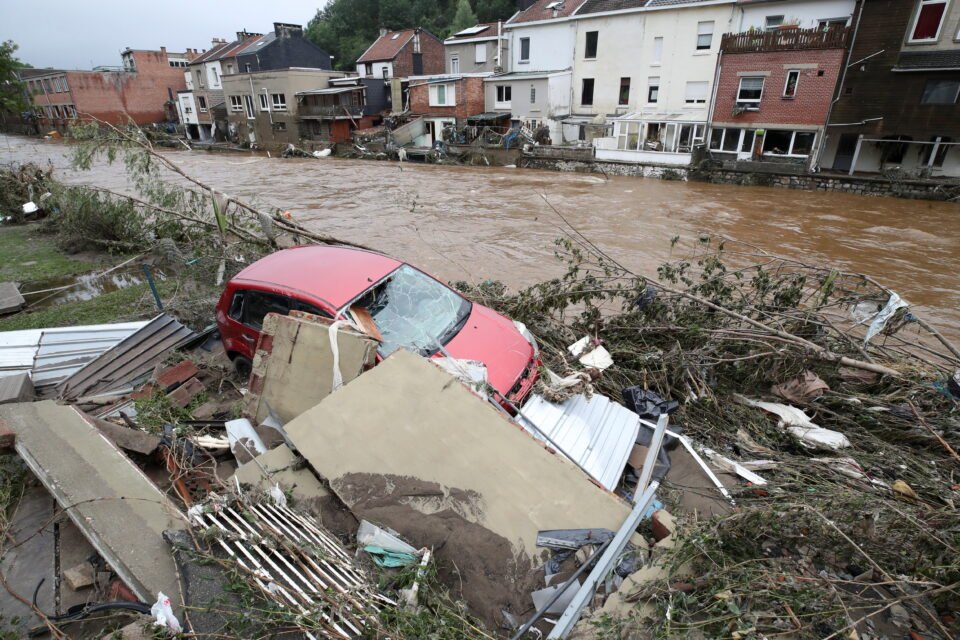 Further flooding was feared in western Germany on Friday as a breach at another dam loomed and the death toll rose to more than 80 in what is Germany’s worst mass loss of life in years.

Entire communities lay in ruins after swollen rivers swept through towns and villages in the states of North Rhine-Westphalia and Rhineland-Palatinate.

“The suffering just keeps increasing,” Rhineland-Palatinate premier Malu Dreyer told broadcaster ZDF, adding that more than 50 people had died as a result of the floods in her state alone.

Infrastructure has been destroyed completely, and rebuilding will cost a lot of time and money, she said.

In neighbouring North Rhine-Westphalia, around 1,300 people were missing in the Ahrweiler district south of Cologne, the district government said on Facebook.

Mobile phone networks have collapsed in some of the flood-stricken regions, which means that family and friends are unable to track down their loved ones.

Further north, in Erftstadt near Cologne, houses collapsed on Friday morning and rescue crews were struggling to help residents who had returned to their homes despite warnings, the Cologne district government said on Facebook.

It said many people were still in the houses and several were missing. A gas leak was further hampering rescue workers as they tried to reach stranded people by boat.

Roads around Erftstadt were impassable as they were washed out in the floods.

One dam close to the Belgian border, the Rurtalsperre, was flooded overnight while another, the Steinbachtalsperre between Ahrweiler and Erftstadt, was unstable. Several dams in parts of the country have already burst.

The death toll is the highest of any natural catastrophe in Germany since a deadly North Sea flood in 1962 that killed around 340 people. The crash of a high-speed ICE train in 1998 killed 101 people.

Floods at the Elbe river in 2002, which at the time were billed by media “once-in-a-century floods”, killed 21 people in eastern Germany and more than 100 across the wider central European region.

The North Rhine-Westphalia parliament will hold an emergency meeting on the floods on Friday.

German Interior Minister Horst Seehofer told magazine Spiegel that the federal government aimed to provide financial support for the affected regions as quickly as possible, adding a package of measures should go to the cabinet for approval on Wednesday.

The Belgian crisis centre urged people in the south and east of the country to avoid all travel on Friday as the death toll from swollen and burst rivers and flash floods rose to 14.

A week of rain finally came to an end, but several communities across parts of Belgium were nervously watching as the river Meuse, which flows through the city of Liege in eastern Belgium, continued to rise and threatened to overflow.

TGIF: how to make a citrusy Sidecar