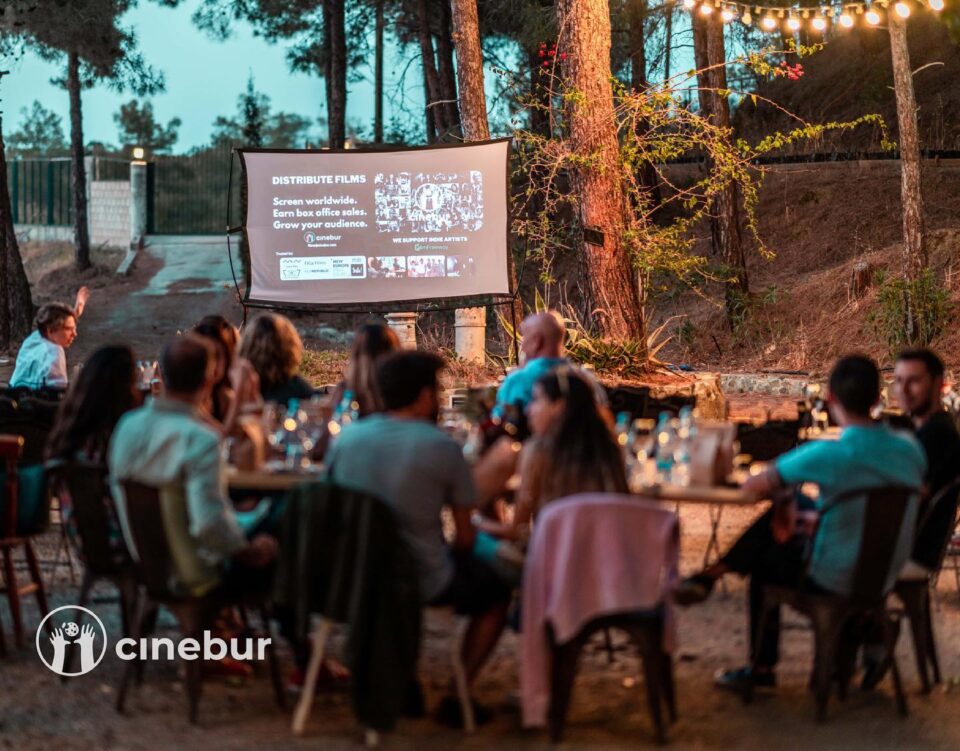 There are plenty of outdoor film screenings under the stars these days but one upcoming film event promises to be unlike any other. The Boho Film Festival Experience taking place in Ayia Napa on Friday and Saturday is a pop-up cinema event to remember. The event combines boho decor, movies under the stars, a summerish outdoor setup by a pool, amazing street food, popcorn and some cool drinks.

So, what’s special about this event? First of all, its location is a secret to all but the first 20 guests that bought their tickets. All anyone else knows is that it will happen somewhere in Ayia Napa. Once guests find their way there on the day, they are promised a series of original short films from worldwide up-and-coming filmmakers, and a special screening of The Salt In Our Waters, an awarded film that reminds us that climate change is here and we will have to face it sooner rather than later.

The event is powered by Cinebur, a rather cool local initiative founded by Greek-Egyptian Doddi El-Gabry and Cypriots Vasilia Kouppanou and Adrian Coutsoftides in an attempt to save cinema through memorable experiences in incredible venues. As such, their movie nights are labelled as ‘experiences’ held in different kinds of environments than the traditional movie theatre and often with beautiful décor and enticing food and wine stalls.

“Think of it like an Airbnb for movies,” writes their website as anyone can become a Cinebur host and organise their own film event in a location they choose. They bring the cinema, you bring everything else. That is how Marianna Charalambous from AimerLaVie set up the upcoming Boho Film Festival Experience. She will prepare her space as eco-friendly as possible as that is something she is very passionate about it, fill it with street hot dogs and vegan burgers from Mango Loco, delicious churros from Churros Amigos, blue wine from the locally sourced Linos Winery and fresh homemade lemonade with a twist.

The €20 ticket includes entry to the event, a bag of popcorn and the first drink to get the party started. Tickets for the first evening sold out in just a few days after the event was announced and only a few are left for July 24 so if you want to experience what this boho film night entails, better book fast via the website. Charalambous also plants a tree for every ticket sold.

Remains of missing Greek officer handed over for burial