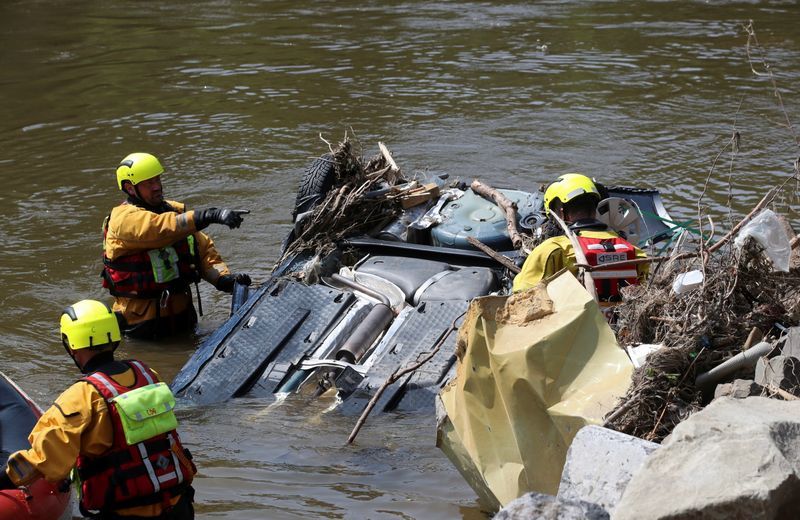 Rescuers search for victims in a car after heavy rainfall in Trooz, Belgium, July 20

Belgian authorities raised the death toll on Thursday from last week’s burst rivers and flash floods to 37, with a further six people missing.

Belgium‘s crisis centre, which is coordinating the rescue and relief operation, raised the number of fatalities from a previous 32. It said police experts had so far identified 32 of the deceased.

The Belgian centre added that, of 473 people reported missing, there was still no trace of six.

“For some people there is a possible sign of life, but for others, there is unfortunately a very strong chance that they will be among the fatalities,” the centre said in a statement.

In Germany, more than 170 people died in last week’s flooding, the country’s worst natural disaster in more than half a century, and thousands were missing.

US and Germany strike deal on Nord Stream 2 pipeline