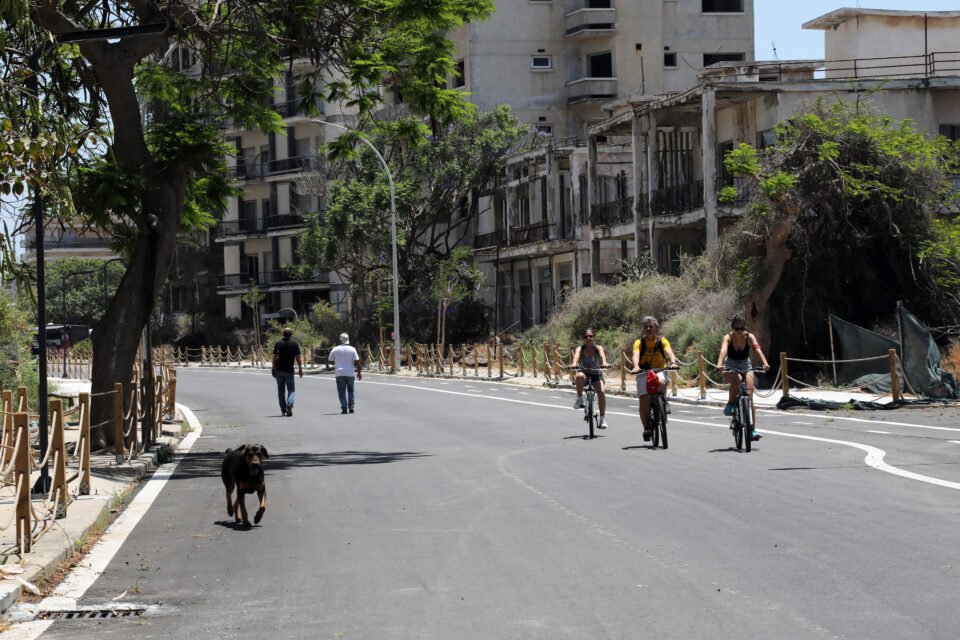 Haggling continued through Thursday night over a UN Security Council statement over Turkey’s latest pronouncements on Varosha, with the body apparently unable to agree a final text in its second day of trying.

A draft statement from the UNSC president circulated earlier on Thursday, with strong language on Turkey’s actions, remained in limbo.

Sources told the Cyprus Mail it was not likely to be approved until sometime Friday Cyprus time.

In that draft statement, the permanent members of the UNSC called for the “immediate reversal” of Turkish actions in Varosha and denounced the announcement of a few days ago regarding the further reopening of a part of the fenced-off area.

It read: “The Security Council reiterates that any attempts to settle any part of Varosha by people other than its inhabitants is inadmissible and that no actions should be carried out in relation to Varosha that are not in accordance with its resolutions,” read the statement by the President of the Security Council.

The draft statement added: “The Security Council condemns the announcement in Cyprus on July 20, 2021 on the further reopening of a part of the fenced-off area of Varosha. The Security Council expresses its deep regret regarding these unilateral actions that run contrary to its previous resolutions and statements.”

It went on to call for “the immediate reversal of this course of action and the reversal of all steps taken on Varosha since October 2020. The Security Council underscores the need to avoid any further unilateral actions that could raise tensions on the island and could harm prospects for a settlement.”

Reiterating the need for compliance with past resolutions on Varosha, the draft reiterated that the area should be transferred to UN administration.

“The Security Council reaffirms its commitment to an enduring, comprehensive and just settlement in accordance with the wishes of the Cypriot people, and based on a bicommunal, bizonal federation with political equality, as set out in relevant Security Council resolutions, and its support for the Secretary-General’s efforts.

“The Security Council shall remain seized of the matter.”

The wording was almost an exact match to remarks made a day earlier by senior US diplomats.

On Wednesday, and after speaking on the phone with Foreign Minister Nicos Christodoulides, US Secretary of State Antony Blinken tweeted out:

“The United States views Turkish Cypriot actions in Varosha, with the support of Turkey, as provocative, unacceptable, and incompatible with their past commitments to engage constructively in settlement talks.”

And: “We urge Turkish Cypriots and Turkey to reverse their decision announced today and all steps taken since October 2020.”

Also on Wednesday, Nicosia had said it expected the five permanent members of the UN Security Council – France, China, the UK, US and Russia – to deliver a “clear public reaction” over Turkey’s actions concerning Varosha.

According to earlier reports of the deliberations over the statement, the majority of the UNSC P5 members called for stronger wording in the draft presidential statement which was handed out by Britain.

Some members said Britain tried to put pressure on the UNSC for the document to be approved by the end of Wednesday’s discussions without allowing time for deliberations.

On Wednesday UNSC members had been given until 4pm local time to come up with amendments. Britain failed to forward a new draft after the deadline. Diplomatic sources said at the time that a new document was expected to be sent out to members on Wednesday evening or by Thursday morning with a new deadline to members to send in their observations.

On Thursday, as the bargaining dragged on over the language, reports said the UK had generated a new draft, a substantial improvement on the first, from Nicosia’s standpoint.

In relation to the July 20 announcements regarding Varosha, the new British version included the phrase “the Security Council condemns…” But it did not specify the parties responsible – Turkey and the breakaway regime.

Speaking on CyBC’s evening news bulletin, government spokesman Marios Pelecanos refused to be drawn on the ongoing deliberations at the UNSC, saying one had to wait and see.

The second British draft was placed under the so-called silence procedure, where a deadline is set for participants to raise objections or make remarks concerning the text of the document in circulation. If no objections to the text are raised by the cutoff, this is taken as ‘silence’ or acquiescence.

The cutoff for this silence procedure was 12.30pm New York time (7.30pm Cyprus) on Thursday.

The Turkish side announced earlier in the week it would demilitarise 3.5 per cent of the fenced area of Varosha and make it a residential area; it called on refugees to submit their claims about their properties through the immovable properties commission (IPC).

The IPC was set up by Turkey in the north as a domestic remedy.