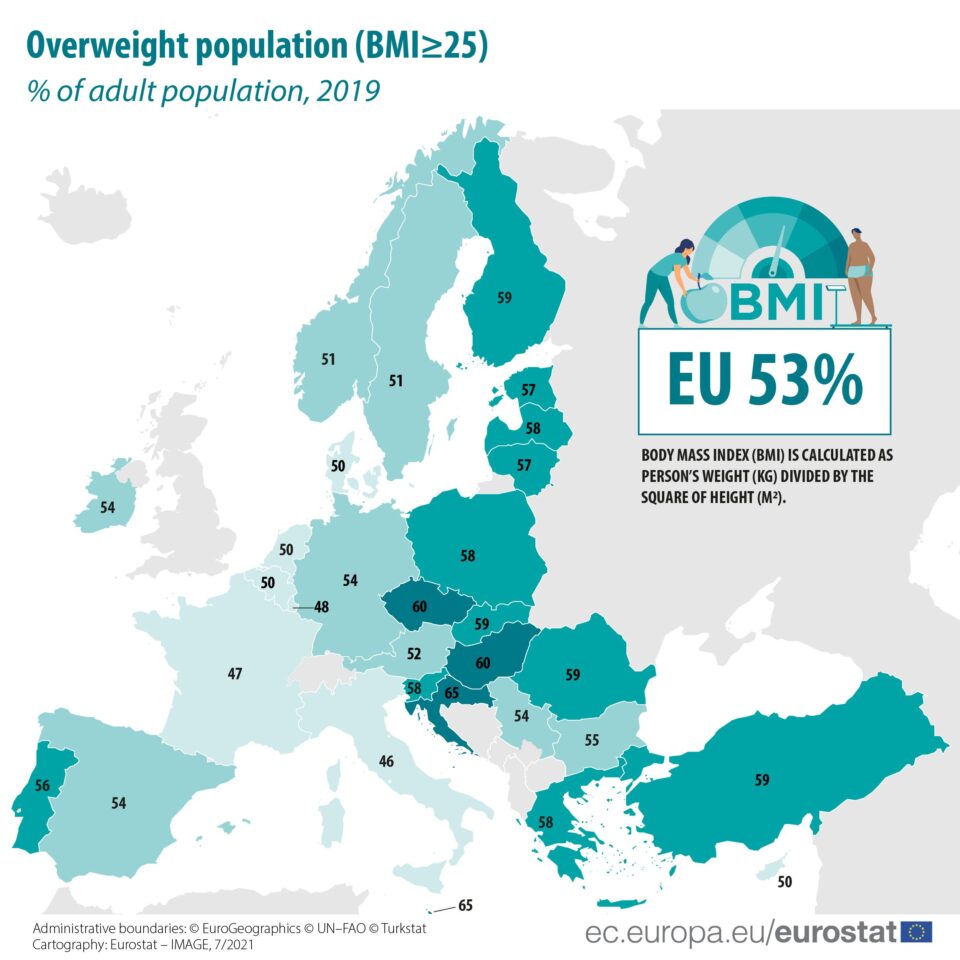 Cyprus has a lower share of overweight people than the EU average which suggests more than half adult Europeans were considered overweight in 2019, a recent report by Eurostat showed.

Another 3.9 per cent were considered underweight.

In the EU, the average percentage of obese people was at 16 per cent, pre-obese at 35.2 per cent, overweight at 51.3 per cent, and 2.9 per cent were underweight. Some 45.8 per cent were considered to have a normal weight.

The report also showed that more men are overweight than women in all EU member states.

The highest percentage of overweight adults were in Croatia and Malta where just about 34 per cent of the population have normal body mass.

In contrast, Italy, France and Luxembourg were at the other end of the scale with the overweight population percentage at 44.7, 45.4 and 47.1 respectively.

According to Eurostat, the share of overweight people was higher in older age groups, with the exception of those aged 75 or over.

The report also showed the proportion of overweight people falls as the educational level rises.

This information comes from the first results of the European Health Interview Survey (EHIS; third wave). The EHIS measures the health status, health determinants and use of health care services of EU citizens.

The report assessed data from 27 country-members.

Regarding the average BMI among children, recent data from the WHO Childhood Obesity Surveillance Initiative (COSI) show that Cyprus was among the countries where approximately 1 in 5 boys (ranging from 18 per cent to 21 per cent) are obese. The data examined the period between 2015 and 2017.