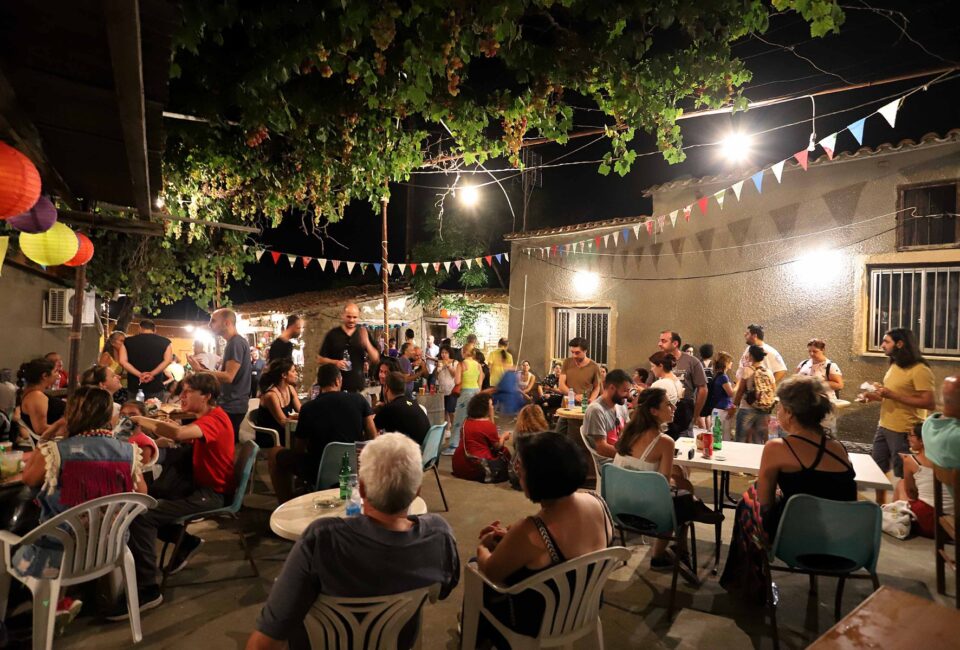 As August draws closer so does the Windcraft Music Nest, a beloved and immersive festival set in the quaint village of Katydata. Over three days, (August 6-8) music and visitors will return to the small Nicosia district village with several concerts and workshops to indulge in!

The main stage of the festival will be set in an idyllic and spacious orchard and will host exceptional bands from Cyprus, Greece and Germany. The group Ermis Michael Electric World will present new material by guitarist Ermis Michail, who combines traditional melodies with modern musical elements. The Chunky Funky Band, directed by George Morfitis, will perform original funky compositions, and the acclaimed Monsieur Doumani, who managed to bring their interpretation of Cypriot traditional music to the international music scene, will present material from their previous and upcoming album.

Three international bands will add to the multicultural sound of the festival: the Fausto Sierakowski Trio, which performs modal oriental music using the saxophone; the German duo Weinberg Streun, which brings together European and African music traditions using the mbira and the bass clarinet; and the group Dysanatolia, whose music is a non-stop journey from the West to the East and the Balkans. Additionally, afternoon opening sessions with wind bands will take place every day at a small square. The street band Akamotoi, the Windcraft Band, Bierstein Blasmusik and the Mendonis Big Band will fill the streets of the village with gospel and jazz sounds, melodies from the Balkans, and even Bavarian music.

This year’s event will focus even more on musical workshops, thus contributing to the educational goal of the event and maintaining its interactive and participatory character. Two specialised three-day workshops for professional and amateur musicians and two musical workshops for children will encourage creativity and collaboration between participants, with the aim of a joint concert.

Saxophonist of French origins Fausto Sierakowski, who grew up in Italy and has been living in Greece for the last few years, will coordinate a workshop for wind players that will deal with the musical traditions of the Balkans, the Eastern Mediterranean and New Orleans. Elena Xyda will lead a workshop for a vocal ensemble arranging acapella songs from the musical traditions of our broader region. Finally, Elli Michael will conduct a kids’ orchestra who, using an instrument or their voice, will orchestrate and perform a well-known traditional piece, while Agni Sacca will introduce children and teenagers to African rhythms through a djembe workshop.

Combining traditional with modern arts and rural life with contemporary artistic creation, the Windcraft Music Nest will once again attempt to highlight ways in which the tradition of Cyprus and that of other regions evolves, becomes infused with new trends and offers a source of inspiration and creativity for contemporary artists.

Festival with concerts and workshops. August 6-8. Katydata village, Nicosia. €15 / 1 day, €35 / 3 days. (Kids under 12: €10/day). Concerts at the small square and all workshops are free. Tickets via: www.soldoutticketbox.com. Registration for workshops:22-37774, www.windcraftmusicfest.com