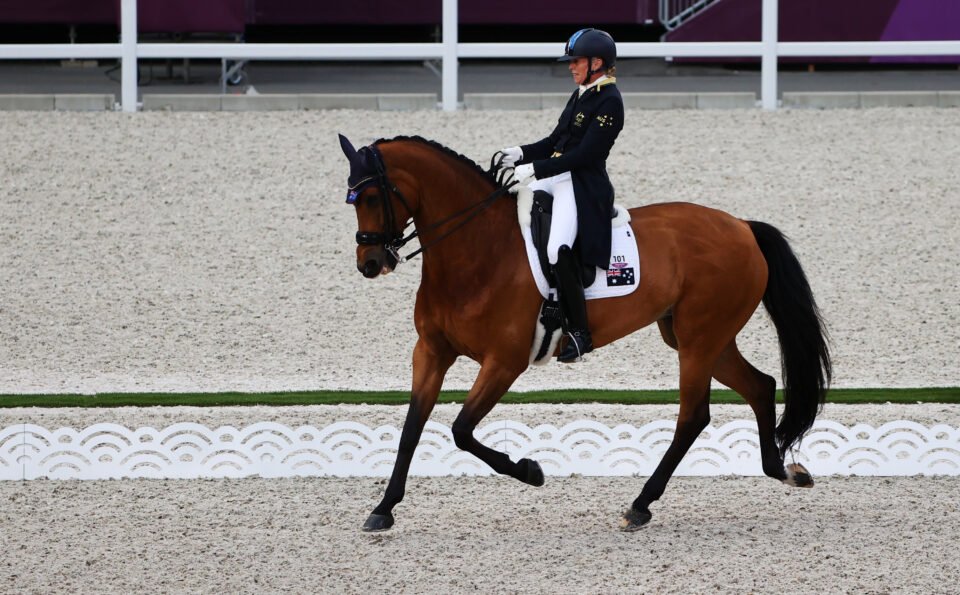 Mary Hanna of Australia on her horse Calanta

Hanna represents her country in dressage, one of the three equestrian disciplines that are the only Olympic events that do not differentiate on the basis of gender and often feature athletes aged over 50 competing at the highest level.

“I don’t know what else to do with myself. I’ve been doing this for so long now. Look, riding’s one of those amazing sports where you can do it no matter what your age is, or your gender,” Hanna said after she competed in the qualifiers on Saturday.

Asked if she hoped to make it to Paris in 2024 for what would be her seventh Games, she said: “Yes, absolutely. It’s only three years away. Unless my body really breaks down, I’m certainly aiming for Paris.”

Hanna – who has four grandchildren and is 54 years older than Tokyo youngest competitor, 12 years old Syrian table tennis player Hend Zaza – has also not given up hopes of winning an Olympic medal.

“You always dream that your next horse, your next competition, that you’re going to make it better. You just keep striving to do the absolute best you can. The Olympics is a lot about participation, too, so just being here is great.”

The priciest bars for deep-pocket chocoholics