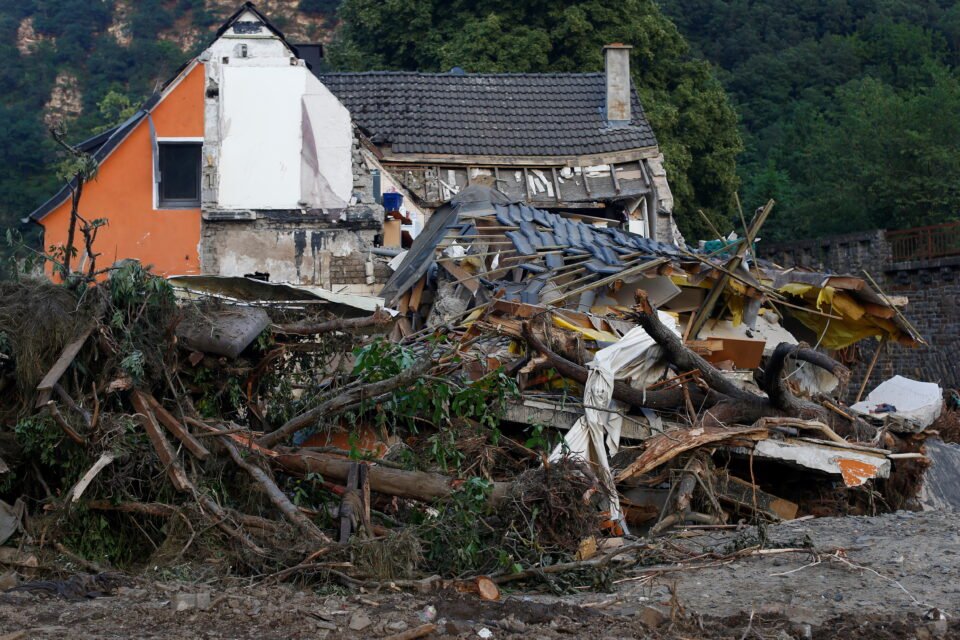 ‘Zeitgeist’ is a slippery word. At best it’s just a fancy German way of saying ‘the spirit of the times’; at worst it is only pretentious noise. So maybe we should say ‘inflection point’ instead. I think we are passing through an inflection point.

People who have taken climate change seriously for ten or twenty or thirty years, or however long it has been since they first became sentient, often feared that this moment might never arrive.

When they did dare to hope, they generally speculated that it would only arrive when there were really big and obviously climate-related disasters in developed countries. Cyclones drowning Bangladeshis and droughts starving whole provinces in Africa didn’t count, because most people in the rich countries would just see that as business as usual.

And thus it came to pass – not as soon as it should have, in terms of the time needed to turn the climate juggernaut around, but you can’t expect these things to keep to a human timetable. At any rate, we’re there at last: the heat waves and the storms of this northern hemisphere summer have been so far beyond the usual that the donkeys are finally getting the message.

Well, not the most stubborn donkeys, obviously, but a heat wave that is a full 5 degrees C higher than the previous national record in Canada is clearly not ‘natural variability’. Most people in North America now realise that something big and bad is happening to their climate.

Only two weeks later, the same wake-up call came to Europe, with unprecedented downpours that washed away whole villages in western Germany and Belgium. This week it’s heat waves and huge wildfires in northern Siberia, and massive floods in China’s Henan province. (A year’s worth of rain in three days in Zhengzhou.)

The price of these warnings has been remarkably low as natural catastrophes go: around three hundred dead each in North America and western Europe, and only dozens each in Russia and China. But the whole industrialised world has been put on notice that the climate disasters will not only be happening in the poorer parts of the world.

It’s the richer countries that most needed to take fright, because they are the source of most of the world’s emissions. Now, very late in the day, they are waking up to the peril they have drifted into, and it is probably still not too late to avoid the worst.

There is almost nothing we can do to lessen the climate misery that awaits us in the next twenty years, because the carbon dioxide and other greenhouse gases that will drive that heating are already in the air. It will go on getting hotter and the weather will continue to get wilder for at least that long.

Average global temperature is now 1.2 degrees C above pre-industrial. It requires a great leap of faith to believe that it can be stopped at +1.5°C, or even at +1.8°C. But it is still possible to stop short of +2.0°, and spare our children and grandchildren a lifetime of grief – if the fabled ‘early and deep emissions cuts’ finally start actually happening in the next few years. Probably.

We are already in unexplored territory so far as climate is concerned, and more big, ugly surprises may be waiting around the next corner, but the obstacles of entrenched disbelief and denial are crumbling. We are entering a period where big political and behavioural changes are possible, and we need to take maximum advantage of it.

The most important venue where this can happen is the five-yearly summit of the United Nations Climate Change Conference (actually postponed from last year, so six-yearly in this case), which is scheduled to open in Glasgow on 31 October. It may have to take place virtually, but COP-26, as it is called, is where the pace could really change up – if everybody is now frightened enough.

Frightened enough to take action, but not frightened into paralysis. It’s a fine line to walk, but we will all have to walk it. And we will have to walk it for years and decades, not just until they make some big deal (if they do) at COP-26.

As for me, I will be interviewing a lot of climate scientists in the coming months, writing another book about the climate crisis (‘Planetary Maintenance Engineers’, out next year), and putting transcripts of all the interviews up on the website. (gwynnedyer.com)

I’m even filming the interviews as I go. It’s more than twenty years since my last documentary series (they’re too much like hard work), but this topic is probably worth the trouble.