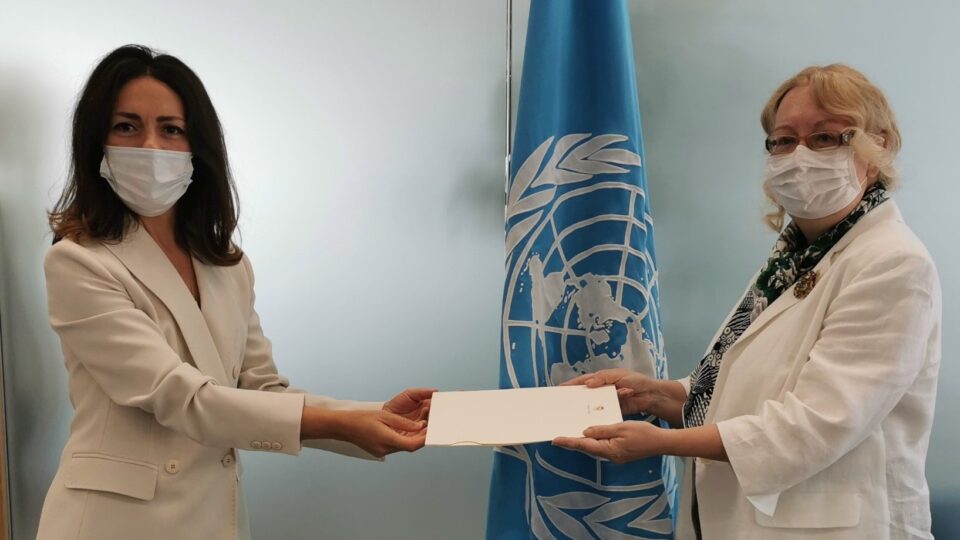 Ambassador Olympia Neocleous has become the first woman to be accredited as Permanent Representative of Cyprus since the establishment of the Permanent Mission of the Republic in Geneva in the 1970s.

According to a foreign ministry announcement, Neocleous presented her credentials as Permanent Representative of the Republic of Cyprus, at a special ceremony held on Thursday to Director-General of the United Nations Office in Geneva (UNOG), Tatiana Valovaya.

Valovaya outlined a wide range of activities the UN office in Geneva is involved with, including ongoing initiatives such as promotion of the 2030 Agenda for sustainable development, as well as to gender equality and the strengthening of the role of women.

On her part, Ambassador Neocleous thanked the Director-General for the information and reaffirmed the full support of the Republic of Cyprus towards UNOG’s initiatives, while also briefing her on Turkey’s latest moves over Varosha.