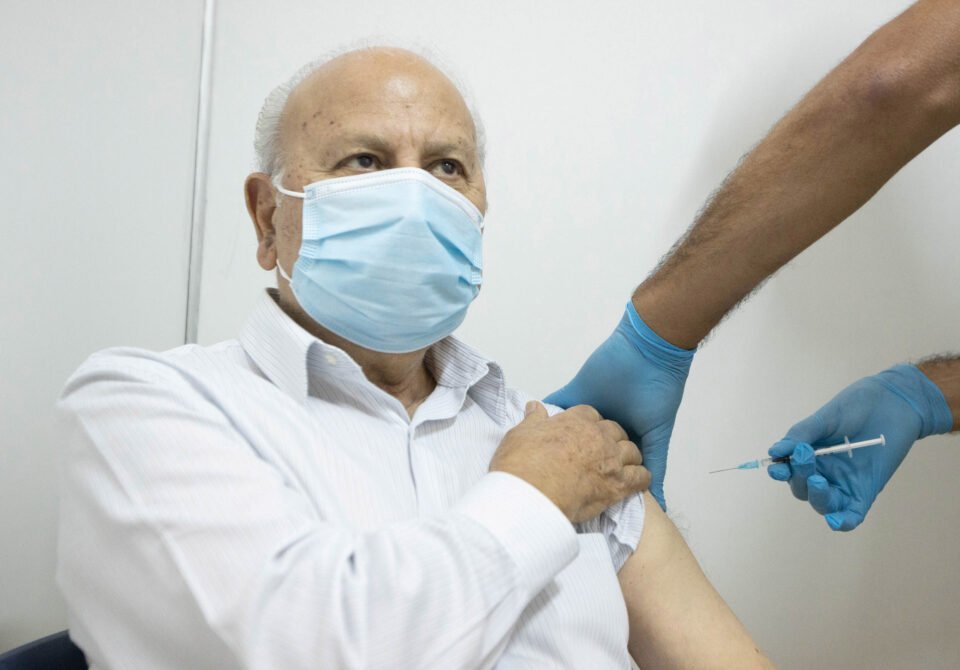 The battle lines are drawn in the great vaccine wars of 2021. The vaxed are ‘sheep’, the unvaxed are ‘conspiracy theorists’.

Talking to people, however, reveals a lot more nuance. Everyone performs their own risk-benefit analysis in determining whether to take the jab – and everyone has their reasons.

At one end of the scale are true believers like Anthi Pitta, a 48-year-old obstetrician and gynaecologist, who has no fear of long-term effects from the vaccine.

“Based on what we know,” she told the Cyprus Mail, “based on all the data we’ve amassed on vaccines over the years, and based on biology, it appears that vaccines have no long-term side effects, only side effects that appear in the first few weeks.”

Her position is that no adverse effects will appear beyond what we’ve already seen, nor does it make a significant difference that most Covid-19 vaccines are equipped with new (or relatively new) mRNA technology.

Fifty-four-year-old lawyer Constantinos Messios is more cautious, though he has indeed been vaccinated.

“There may well be, yes,” he replies when asked about long-term risks. “I don’t think there will be, because I haven’t seen anything to support it – but there’s always a chance that a vaccine may, in the long run, prove to have detrimental side effects.”

Messios explains his thought process in deciding to get vaccinated: “I travel for work. I’m a social person, I enjoy others’ company. Why should I impose on them the risk of not being vaccinated?

“And I also think the benefits far outweigh the risks – from a scientific or medical point of view, as I understand it – of having these vaccines…

“So do I sit and cower in my room, and not take advantage of the opportunity to start returning to normality, whatever that may be? No, I won’t do that.”

Most people seem to have begun their deliberations in the obvious way: by talking to a doctor.

32-year-old civil servant Chara Georgiadou, for instance, happens to have several doctors among her close friends and family. She canvassed their opinion, “and all of them were pro-vaccine. So, since we wanted to get our life back basically, when a vaccine was made available I got vaccinated – on day one!”

52-year-old George, who works in the private sector and preferred not to give his last name, also spoke to a doctor, five of them in fact – but the result, in his case, was quite different. “I was expecting five doctors to tell me ‘You should get it’,” he admits. In the event, however, only two were in favour, with three doctors warning against it.

The three who said they weren’t getting vaccinated – worried about new technology and long-term effects – “are all abroad,” he adds significantly.

That wasn’t the end of his process, though. After all, at his age “probably 95 per cent [of people] would weigh that you should get it rather than not”. What really tipped the balance for him was discovering evidence – “a lot of evidence” – that Covid is (and always has been) treatable with cheap repurposed drugs like ivermectin.

The existence of early treatment – if true – is a game-changer. Indeed, says George, given the current state of information in Cyprus, “it’s actually quite understandable” that positions have become so entrenched. “Because, if people don’t know there are treatments, and it’s just ‘It’s the vaccine, or it’s Covid without treatment’ – well, that’s a very difficult conversation”. Once medicines become available, though, the equation becomes very different.

Messios’ approach is indeed pragmatic, whereas George – who remains unvaccinated – may perhaps be called quixotic. He hopes to try and hold out till the end of the year, when “other options” may become available like the old-school Novavax vaccine and a new antiviral called molnupiravir. (That said, even though ivermectin is indeed unavailable here, plenty of other drugs have shown promise against Covid, some of them available over-the-counter; it remains unclear if vaccination is indeed ‘the only way’.)

Some may have medical qualms about getting vaccinated; others’ objections are more ideological.

“Everyone has the right to decide for themselves,” declares 39-year-old yoga instructor Niki Constantinidou. “About their health, and what they want to put inside their body.”

Constantinidou has grown to mistrust official dictates over the past 15 months, culminating in the current push to get people vaccinated which she finds outrageous and coercive. She wonders why the government hasn’t once tried to educate people on how to improve their health during the pandemic – how to strengthen their immune system, above all – and scoffs at the way goalposts keep shifting and data keeps changing.

It’s now clear that “the vaccinated get infected too,” she says. “But you told me to get it so I wouldn’t be infected! So now they’re changing it to ‘Well, you’ll only have mild symptoms’. But someone who’s unvaccinated only has mild symptoms too.”

Not always, though. The hospitals are apparently full of unvaccinated patients.

“Let them open up the hospitals, then, so journalists can go in and we can see what’s going on, then maybe we’ll believe them. How can I believe you when every word out of your mouth is a lie?”

The most intriguing story belongs to Elena Gregoriou, a 53-year-old civil servant whose hesitancy was strictly medical – but has now become more ideological.

Gregoriou suffers from hives (urticaria), and was in two minds about the vaccine. She decided to go with the flow, and actually made an appointment – but her allergies flared up on the day, so she decided to cancel.

She’s now better, and indeed it’s now been confirmed that urticaria isn’t a contra-indication for being vaccinated – but meanwhile “all the recent pressure, and the division being sown by the government” has soured her on the whole business.

She doesn’t minimise the risk of catching Covid, especially with our case numbers being so high. “On my personal scale, Covid and the vaccine are about equal.” But she draws an important distinction between trying to keep control over her body, and her destiny – even if disease should strike despite her precautions – and relinquishing control by giving in to pressure and taking a vaccine she’s not sure about. The first choice may end up being riskier – yet she also finds it easier to live with.

In the end, everyone goes with what they feel to be right – and even Pitta, the true believer, admits both that Zero Covid is probably unattainable (the virus will end up being endemic, like the flu) and that “no-one can compel a person to get vaccinated. All they can do is convince them with arguments”. It’s a principle we’d do well to remember, before the battle lines grow any deeper.