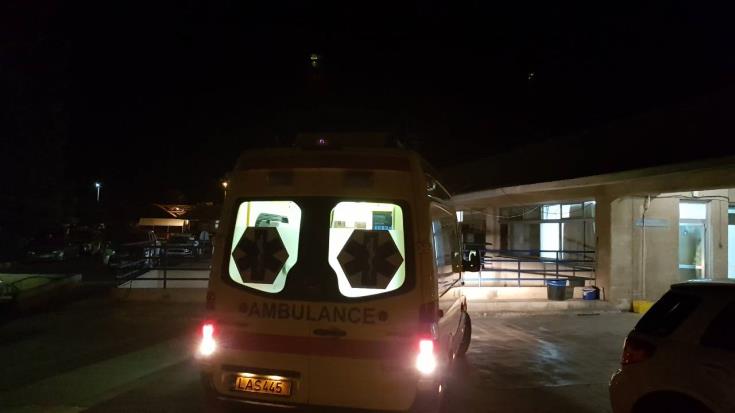 Four people were injured in a car accident after a vehicle was driving on the opposite lane, police said on Sunday.

The accident happened on the old road between Paphos and Limassol at 11:30pm on Saturday.

A 36-year-old man driving with a 32-year-old woman in the passenger seat was driving towards Limassol from Paphos and under circumstances that are being investigated got into the opposite lane shortly after Kouklia village.

As a result, he cut off an incoming vehicle that a 52-year-old man was driving with his 52-year-old wife in the passenger seat.

The collision caused the younger drivers to be stuck in their vehicle, that required assistance from the fire service.

All four were taken to the Paphos general hospital ER and neither of the drivers were shown to be driving under the influence of alcohol.

The 36-year-old sustained a fracture on his sides, while the 32-year-old woman had a fractured femur. The 52-year-old driver of the second vehicle had a sternal fracture.